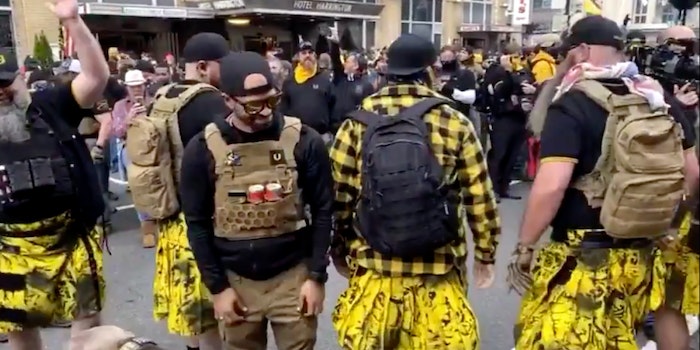 The Proud Boys are once again publicly expressing their infatuation for antifa.