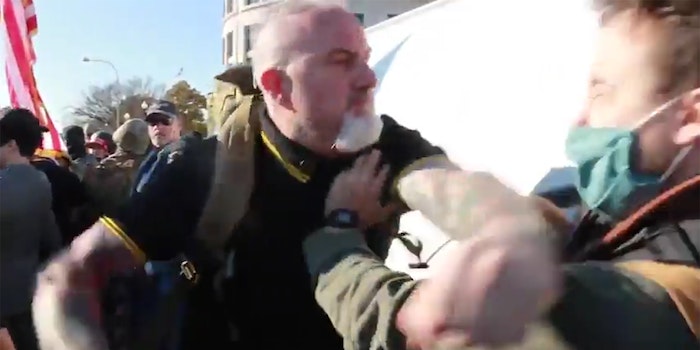 The Proud Boys were one of several far-right groups marching in Washington, D.C. over the weekend.

A new video trending on Reddit and Twitter shows an unprovoked member of the Proud Boys punching a journalist during this weekend’s controversial “Million MAGA March” in Washington, D.C.