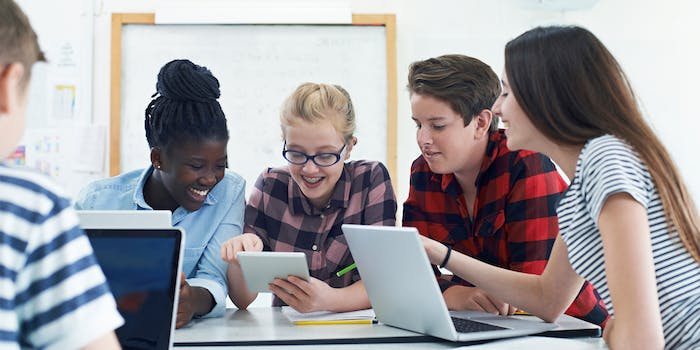 Proctorio, an exam administration and surveillance software, is getting sued for trying to take down tweets by a student who posted a segment of its code.

The Electronic Frontier Foundation is suing Proctorio on behalf of Miami University student Erik Johnson. The lawsuit comes after Johnson posted a piece of Proctorio’s code to Twitter. Proctorio said it was copyright infringement and Twitter temporarily removed three tweets in his thread.

But, Johnson says he was only showing an example of their code in an analysis he was doing on Proctorio’s software back in September.

“Hey @proctorio @artfulhacker How do you explain this? You have strings referencing “A Proctorio agent will review and verify the test taker’s room scan” and “live id check” All while still saying that professors are the only ones who can access recordings and look at students?” Johnson tweeted in a thread.

Johnson was revealing that despite Proctorio’s claims, the company was misleading people about who had access during exams.

Proctorio is widely known by college students as the invasive browser extension that records video, audio, and screen movement during examinations. The software has become extremely popular as universities transitioned to online school during the pandemic.

Critics like Johnson say the software is invasive, inaccurate, and makes the lives of students more difficult.

For example, he explains that if a student has poor internet, Proctorio flags the exam.

“If you have a poor internet connection, Proctorio isn’t so nice about it… ‘No, your connection is terrible and you will experience issues during an exam. If you decide to take an exam on this connection we will notify your institution you were warned and ignored the warning,'” he tweeted.

Johnson included segment’s of Proctorio’s code in the removed part of his thread to reference his analysis. Twitter restored the tweets after recognizing Proctorio’s takedown notice was incomplete.

EFF argues that the code was fair use from the beginning.

“Software companies don’t get to abuse copyright law to undermine their critics,” EFF Staff Attorney Cara Gagliano said, according to an EFF release on the lawsuit. “Using pieces code to explain your research or support critical commentary is no different from quoting a book in a book review.”

“proctorio literally locked me out of my 11 minute exam (50 questions too) because I accidentally clicked on the same question number. I fucking hate proctorio so much,” one user tweeted.

“These student proctoring softwares are so goddamn invasive, how is this level of access on anyone’s computer even tolerated holy shit,” someone else said.

Proctorio and Johnson did not respond to the Daily Dot by time of publication.