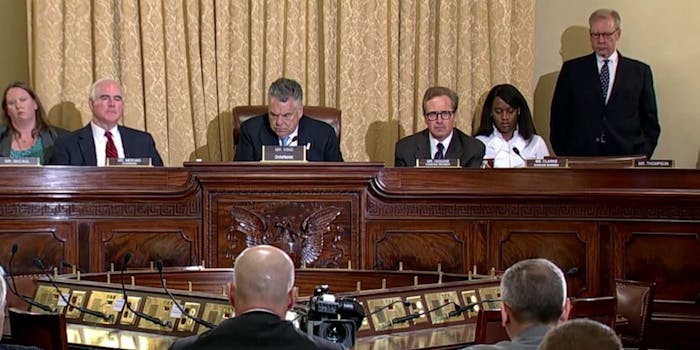 “Criminal hackers are politically or ideologically motivated and target for publicity."

American intelligence agencies have long warned of a cyber Pearl Harbor. The threat of cyberattack looms so large in Washington D.C. that it has eclipsed terrorism as the greatest threat to the country according to a recent poll of defense and intelligence leaders.

However, when testifying in front of the House committees on cybersecurity and terrorism today, Homeland Security senior intelligence officer Glenn Lemons said his chief worry wasn’t so much about a cyberattack from terrorists or politically-motivated hackers like Anonymous but what happens afterwards: High profile press coverage and chatter around the world.

Terrorists “will continue to seek cybertargets of opportunity,” Lemons explained. “Therefore, despite the low probability of destructive terrorist cyberattack occurring, such an event may have a high profile impact even if unsuccessful. Success in this may be determined by press coverage [as opposed to] destructive network activity.”

Lemons, an officer in Homeland Security’s Cyber Intelligence Analysis Division, spoke at length about what he considers very real threats from nation states like China and criminal hackers but said even failed attacks can be deemed successful with the right public relations strategy.

“Criminal hackers are politically or ideologically motivated and target for publicity,” Lemons said, “which can result in high profile operations but often with limited effectiveness.”


#OpUsa, a 2013 hacking campaign organized by Anonymous and other groups against American banks and government agencies, did virtually no damage (it did take out a bakery’s website) but the attacks were covered extensively throughout online media.

“#OpUsa showed the group’s desire for media attention,” he said, “despite its lack of capability to disrupt websites of US government, financial, and commercial entities.”