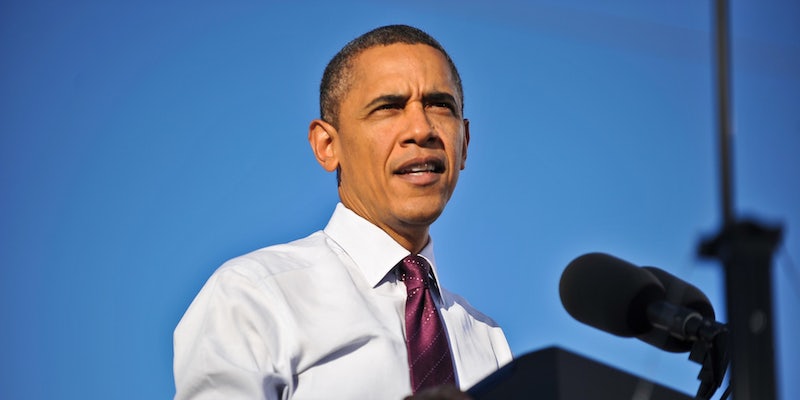 Literally anyone can do an Hour of Code.

Monday marked the start of Computer Science Week, and to kick off the week that aims to inspire youth to pursue computer science, Code.org hosted the second annual Hour of Code—with presidential participation.

The Hour of Code seeks to teach students how to learn basic programming skills, and provides resources for students to learn how to program games, apps, and simple puzzles. Megastars like Ashton Kutcher and basketball star Dwight Howard along with tech titans Mark Zuckerberg and Bill Gates were featured in a video to drum up support of the programming initiative.

On Monday, President Barack Obama became the first U.S. president to program a computer by writing a few lines of JavaScript that drew a square on the computer screen. The president also kicked off Code.org’s Hour of Code in a promotional video encouraging students, both young and old, to take up coding skills.

“Don’t just consume things, create things,” Obama said. “Take an hour to learn more about the technology that touches every part of our lives. That’s how you can prepare yourself for the skills you need for your future.” 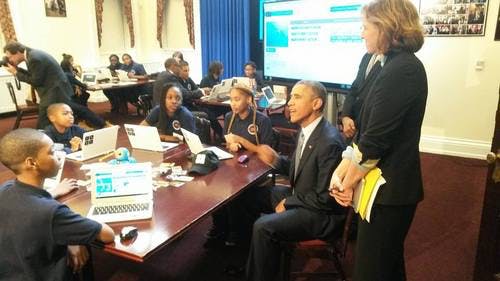 Through the Hour of Code, Code.org hopes people will spend at least one hour learning aspects of computer science. Students can learn from gamified courses like Anna and Elsa’s Frozen-themed coding class, and teachers can find a number of lesson plans that can help introduce coding in the classroom.

The organization’s efforts have rallied curiosity among students. According to Code.org, almost 57 million people have tried an Hour of Code.

President Obama won’t be building the next Facebook, but his efforts will likely encourage other people to take up a programming course—and it shows that anyone, no matter how old or how busy, can learn something new.

Photo by Nick Knupffer/Flickr (CC BY 2.0)