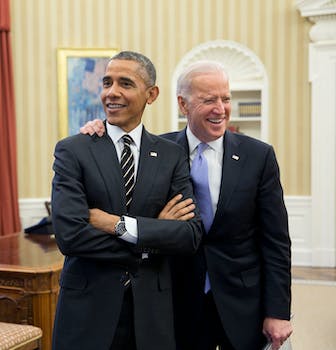 Obama says he could have beat Donald Trump

President Barack Obama believes that had he been eligible to run for a third term during the 2016 election, and ran on his vision of progressive change, he would have won against President-elect Donald Trump.

“I am confident in this vision because I’m confident that if I had run again and articulated it, I think I could’ve mobilized a majority of the American people to rally behind it,” Obama said in a interview for the The Axe Files podcast.

“I know that in conversations that I’ve had with people around the country, even some people who disagreed with me, they would say the vision, the direction that you point toward is the right one,” Obama continued.

In an interview with his former senior adviser David Axelrod for the podcast, which is produced by CNN and the University of Chicago Institute of Politics, Obama analyzed the Democrats’ presidential election failings, and discussed his post-presidential strategy.

“If you think you’re winning, then you have a tendency, just like in sports, maybe to play it safer,” he said, adding that he believed Democratic presidential candidate Hillary Clinton “performed wonderfully under really tough circumstances.”

As for Obama’s immediate plans come Jan. 20, he’s set to keep a low profile and self-analyze his time in office for his book. He still wants to help develop young Democratic leaders, however, as well as weigh in on major issues during Trump’s time in office.

“At a certain point, you make room for new voices and fresh legs… That doesn’t mean that if a year from now, or a year-and-a-half from now, or two years from now, there is an issue of such moment, such import, that… goes to some foundational issues about our democracy that I might not weigh in,” Obama said. “You know, I’m still a citizen and that carries with it duties and obligations.”

Despite Obama’s hypothetical win, Trump’s Twitter response is sure to be a doozy.

Update 3:46pm CT: And here is what Trump had to say about that.

President Obama said that he thinks he would have won against me. He should say that but I say NO WAY! – jobs leaving, ISIS, OCare, etc.

Listen to the podcast and read the entire podcast summary on CNN.