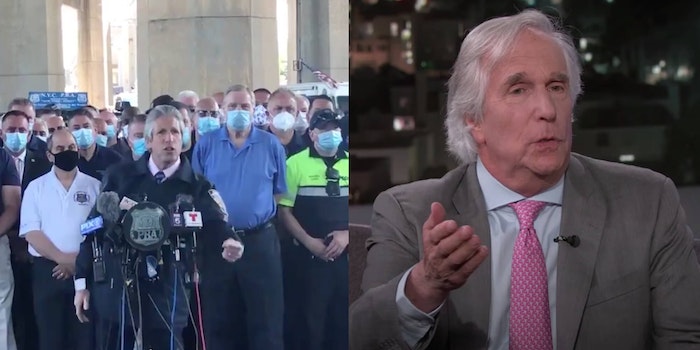 The head of the Police Benevolent Association of the City of New York—the city’s largest police union—gave a speech backed by hundreds of police officers Tuesday pushing back against the anti-cop sentiment that has grown stronger in the aftermath of George Floyd’s death.