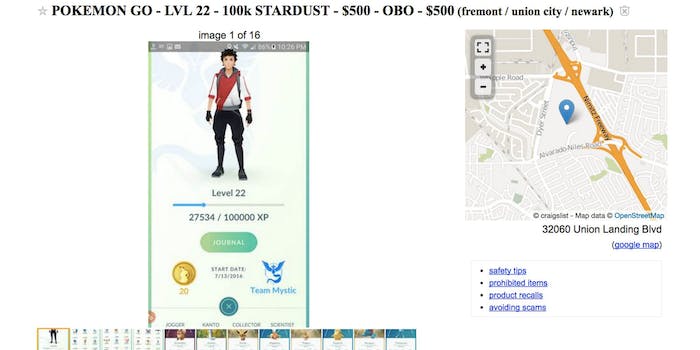 Level up fast, for a price.

If you don’t have the time or ability to catch Pokémon and level up on the Pokémon Go game that’s taking the world by storm, a few Poké-savvy entrepreneurs have a solution: just buy an account.

Pokémon Go accounts are popping up on eBay and Craigslist, with prices ranging from a few bucks to upwards of $1,000. The most expensive accounts feature levels in the 20s, with high combat power, heavily populated Pokédexes, and rare Pokémon. Some people claim they just don’t have time to play anymore, while others are upfront about growing their accounts specifically to sell them. 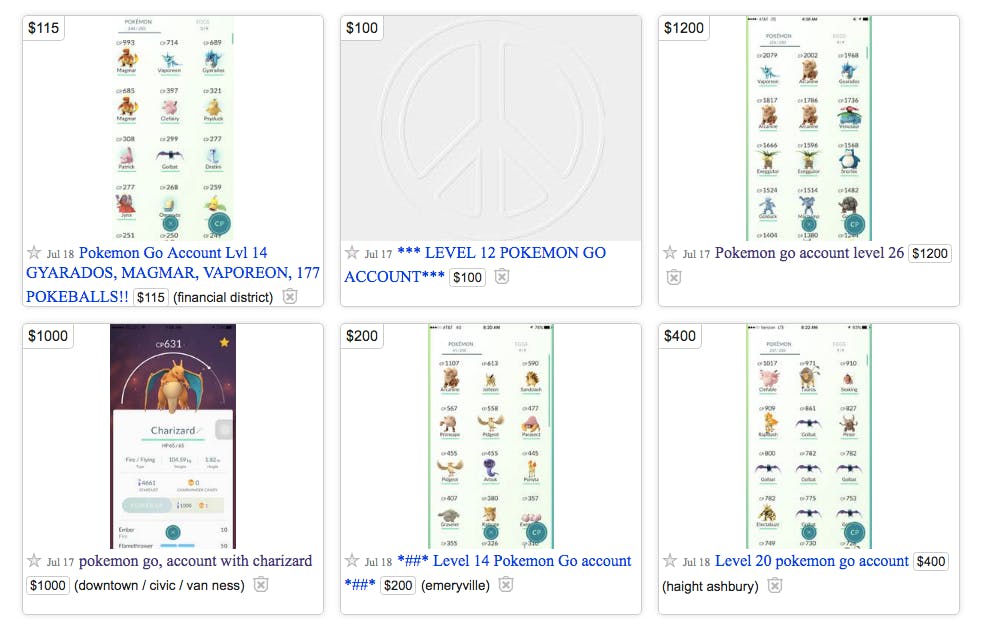 This roundabout way of owning impressive Pokémon Go accounts is against Niantic’s terms of service, as the Guardian notes. The legalese isn’t stopping the offers to sell accounts, though it doesn’t look like people are getting much activity on eBay. It’s difficult to tell whether Pokémon accounts are getting play on Craigslist where bids aren’t visible.

[You cannot] use the Services or Content, or any portion thereof, for any commercial purpose or for the benefit of any third party or in a manner not permitted by these Terms, including but not limited to (a) gathering in App items or resources for sale outside the App, (b) performing services in the App in exchange for payment outside the App, or (c) sell, resell, rent, or lease the App or your Account;

The popularity of the on-demand services has inspired the so-called Pokéconomy, a growth of Pokémon-related side gigs, like becoming a Pokémon chauffeur and charging passengers to catch Pokémon. Small businesses, too, are trying to capitalize on the Pokémon Go craze, offering discounts, chargers, and lures to drive business. (You can even find out which businesses are near PokéStops on Yelp.) 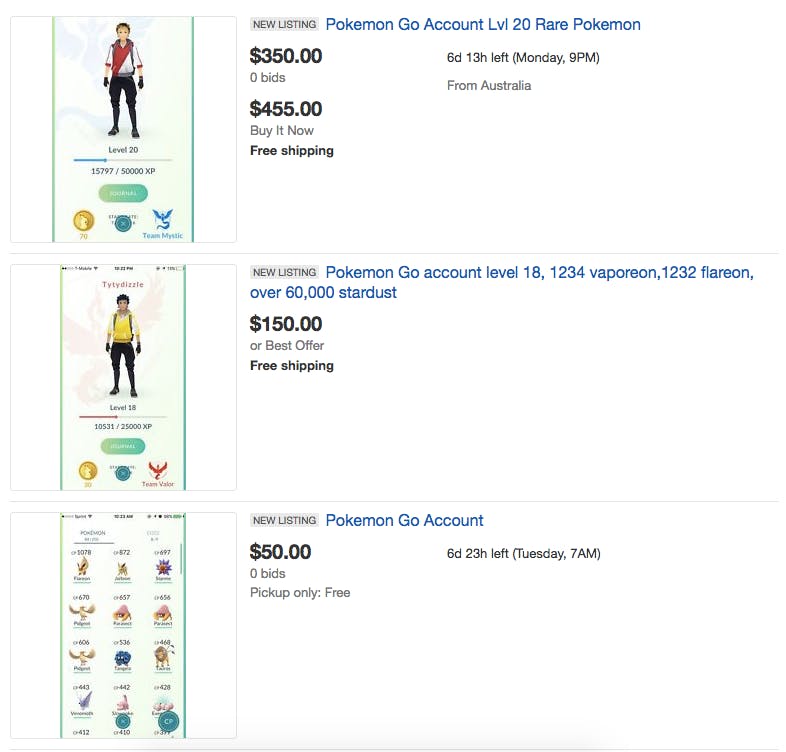 It’s not the first time a few enterprising mobile users have tried to monetize a gaming crazy. When Flappy Bird was pulled from app stores back in 2014, people took to online retailers to sell their devices with Flappy Bird installed; some listings sold for thousands.

If you do buy an Pokémon Go account, it might be at risk of getting deactivated because the app maker frowns upon it. However, the market for high-powered accounts is apparently growing, and the transaction is fairly straightforward—exchange money for login information.

As the Pokémon Go cultural phenomenon continues apace, enterprising players will try and profit from the game that has people heads-down in their phones catching pocket monsters. At least until we’re all obsessed with something else.