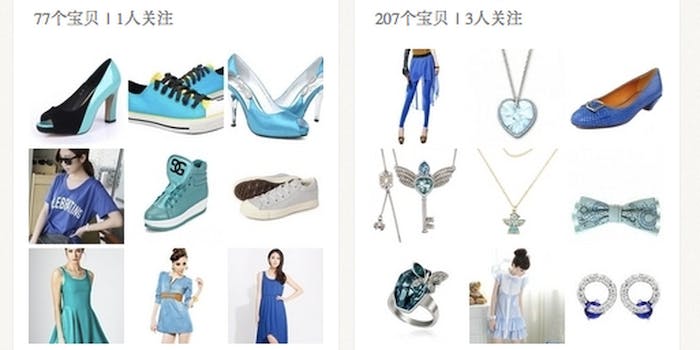 At least three different Pinterest clones have popped up in Asia. But do Asians need (or want) a Pinterest of their own?

Pinterest is accessible from anywhere in the world, but that hasn’t kept copycats from capitalizing on overseas clones. The German Samwer brothers led the siege with Pinspire, a clone targeted at European would-be Pinterest users.

Now three similar clones have cropped up to localize the image-sharing network for Asian users. Here are the three latest clones—aimed at China, India, and Singapore, respectively—at a glance.

Faxian, which roughly translates to “discover” in Chinese, is the largest of the three clones. Launched in beta mode four weeks ago, the site already attracts 60,000 unique visitors per day. Targeted at a young, female demographic, the front page is covered with pinboards featuring women’s clothing, handbags, and shoes.

The social-shopping platform is a project of Alibaba, the enormous Internet shopping network that The Economist dubbed “China’s king of e-commerce” in 2010. The network controls around 75 percent of all Chinese online retail commerce.

As a result of this corporate ownership, users can’t pin just anything on to this clone. All the images on Faxian are products available for purchase through Alibaba’s two e-commerce websites, Taobao Mall and Taobao Marketplace.

For an Indian audience, there’s Pintile, a clone that borrows much more than its name from Pinterest. The site also encourages users to “pin” and “repin,” words that, if they haven’t yet, Pinterest is likely to trademark soon.

“Pintile is an online bulletin board exclusively for India, inspired by Pinterest.com,” the company wrote in a press release. “We are aiming to depict India in the form of images where people “PIN” their cultures, styles, ideas and much more.”

The one big difference is that Pintile asks users to pin images relevant to Indian culture. While many of this clone’s categories are identical to Pinterest’s, it does have boards dedicated specifically to two Indian interests: “Bollywood” and “Cricket.”

Singapore’s Pinterest clone is only two weeks old, but it may already be on the way out. Contrary to other reports, we found Singterest to be a ghost town.

The clone is the brainchind of Colin Boyd, the SEO manager at GroupM’s Asian branch, who tweeted his aspiration to create a version of Pinterest “based in Asia.” He later clarified, tweeting that his clone would be “for Singapore only.”

Based on tweets directed toward @Singterest, Singaporeans have nothing nice to say about the clone. Many have derided Boyd for his lack of originality. Boyd replied that he’s aware the site is a clone and that he’s just trying to make and improve a site people will “like eventually.”

More than in the other two clones, Singterest raises the question: Do Asian people truly want or need a Pinterest of their own?

“Looks like all this negativity has brought the test server down, might get in the way of the improvements I was planning,” he tweeted.