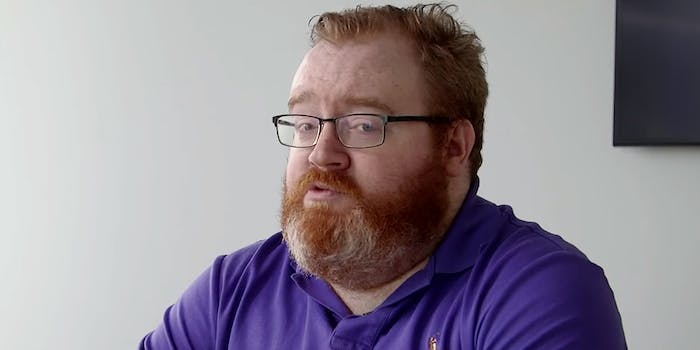 Bright was arrested after chatting with an undercover FBI agent.

Former Ars Technica writer Peter Bright was found guilty of attempted enticement of a minor for sex on Monday according to Inner City Press.

The tech writer was arrested in May of last year after he set up a meeting with who he thought was a mother of a seven-year-old girl and nine-year-old boy. An FBI agent had been posing as the “mother” and communicating with Bright online. In the correspondences, Bright said he planned to molest both children and rape the girl, according to the Daily Dot.

The Daily Dot confirmed through court documents that Bright had been convicted.

U.S. District Court for the Southern District of New York first filed the complaint last June. Bright had been held without bail until his first trial in February of this year. On Feb. 19, that ended in a mistrial after the jury could not come to a final decision.

It’s not clear what held up the jury at the first trial, but Bright claimed his behavior was him age acting. Inner City Press reported that Bright also made claims about his sexual interest that would contradict the charges.

The evidence against Bright lies in his WhatsApp messages with the FBI agent. In addition to verbally committing to raping and molesting the minors, Bright sent a nude photograph of himself and confessed to molesting an 11-year-old girl in the Bronx. That claim has yet to be proven.

The FBI agent originally found Bright on KinkD, a social media fetish platform, in April. The “mother” said she was looking for someone to teach her children about the “birds and the bees.” Bright volunteered to “teach.”

After a month of correspondence, they set up an in-person meet. Bright was carrying condoms upon arrest.