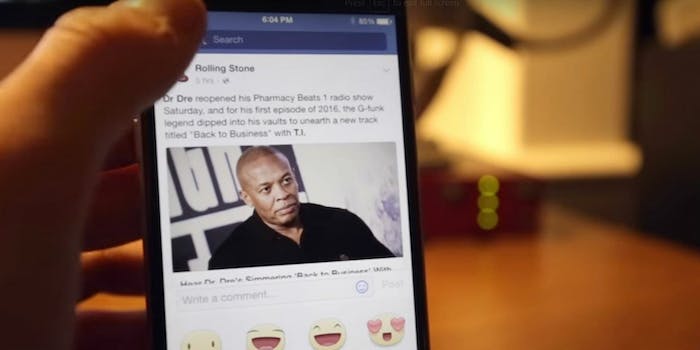 Facebook has reportedly come to an agreement with Apple to let publishers place paywalls inside the iOS app without incurring a fee.

Typically, Apple charges a 30 percent fee on subscriptions purchased within native iOS apps. It also forbids apps from linking out to publisher websites to circumvent the fee. It’s not clear how an agreement was reached, but Apple will now let Facebook bend the rules.

Starting March 1, when a user hits a publisher paywall on the iOS Facebook app, they will be sent to the outlet’s mobile site where they can pay for a subscription to view more articles. Publishers will receive 100 percent of the proceeds. Facebook told TechCrunch it’s not paying Apple for special permission.

“We’re working now on a subscription product that we’re moving forward with on iOS on March 1, which is a breakthrough. We had a hold-up there,” Campbell Brown, Facebook’s head of news partnerships, said on Monday, according to TechCrunch.

Brown also said publishers were asking for the paywall meter—the number of articles one can read before having to pay—to be lowered from 10 articles down to five. Facebook agreed to the changes.

Facebook started testing paywalls in October on Android but couldn’t come to an agreement with Apple on how subscriptions fees would be divided. On Android, users are taken to a dedicated subscription page directly from Instant Articles that protects publishers from Google’s 30 percent fee. Now publishers will receive 100 percent of subscription revenue on both platforms.

It’s little relief given some of the other changes Facebook has made in recent months. In January, the company overhauled its News Feed to show more posts from family and friends instead of publishers. The move could have a significant effect on news outlets that rely on Facebook traffic. The changes came just months after a dual News Feed experiment wrecked havoc on publishers in six countries. It reportedly dropped user engagement 60 to 80 percent, enough for smaller publishers to shut their doors.