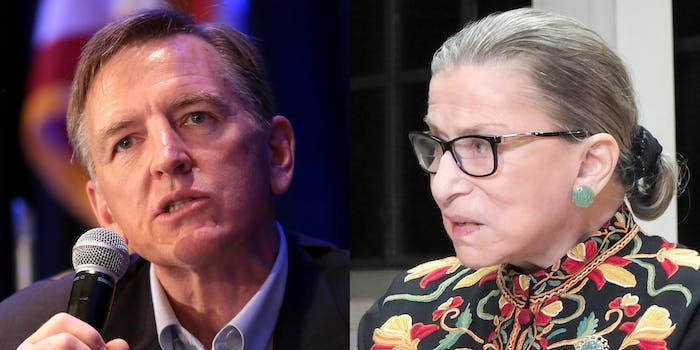 Republicans are doin’ memes during their coronavirus quarantines

The CPAC attendees have some time to kill.

A small swath of Republican lawmakers is undergoing self-quarantine after coming into contact with a CPAC attendee who tested positive for coronavirus.

How are they spending their time as we are in both the thick of the 2020 Democratic primary and an epidemic is sweeping the world?

Sen. Ted Cruz (R-Texas), who is likely tied to the person who affected the conference, is tweeting Zodiac killer jokes.

(You may recall a long-ago funny speculative theory that Cruz is the Zodiac killer, a comparison he has decided to lean into.)

He’s also making Chuck Norris tweets because we are forever trapped in 2005 (or whenever the hell Chuck Norris facts were popular and avian flu panic was sweeping the world).

In Cruz’s defense, he is also tweeting resources for Texas residents about the coronavirus.

Less defensible is Rep. Paul Gosar (R-Ariz.), who is also self-quarantined. He decided to crack a joke about meeting with Supreme Court Justice Ruth Bader Ginsburg, who is 86.

“Fact check: there is no truth to the rumor that @SenTedCruz and I asked for a joint meeting with Justice Ginsburg,” he tweeted, apparently in response to a bit on a conservative radio show.

It’s widely understood that the virus is much deadlier for the elderly. He added to his tweet, “#thatsnotnice” but a more forceful dismissal of a joke like that probably would have been more advisable.

But that isn’t the only “viral” humor Gosar has. He got resoundingly mocked for this meme.

Gosar did weigh in on the election, but only by going after Rep. Alexandria Ocasio-Cortez (D-N.Y.).

In some non-meme news though, Rep. Matt Gaetz (R-Fla.), who did an IRL meme by bringing a gas mask to the House floor, noted that his test for the virus came back negative.

He will stay self-quarantined though, so there’s plenty of time to do a few more memes.