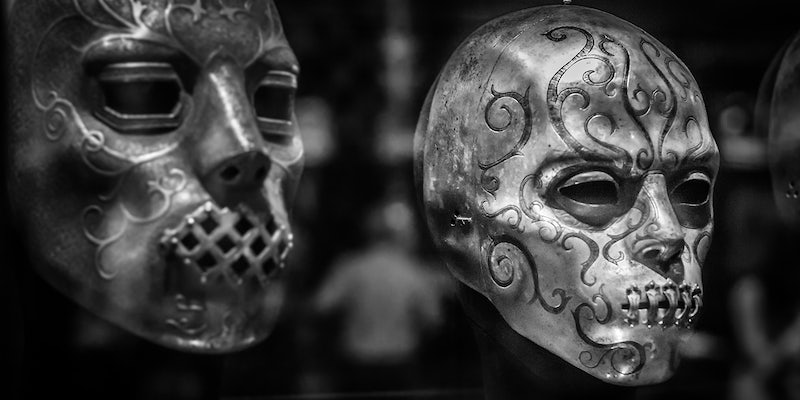 Finally, an Anonymous operation everyone can get behind.

Disturbing new allegations surfaced this week concerning a handful of rich and powerful men, each accused of abusing underage girls described in court filings as “sex slaves.” According to some online activists, however, the recent news is only the scab atop a festering wound of criminal sexual activity.

The high-profile dossier revealed this week includes Britain’s Prince Andrew and Harvard Law School professor Alan Dershowitz, among others. The accusations are tied to an established lawsuit brought by women who claim that they were sexually abused as minors by American investment banker Jeffrey Epstein, who in 2008 was convicted of soliciting sex from underage girls.

Stirring controversy, Prince Andrew is known to have visited Epstein following his release from prison. He is also seen in photographs with his arm around one of Epstein’s victims, Virginia Roberts, only 17 at the time. Buckingham Palace initially declined repeated inquiries into the allegations. On Friday, a spokesperson for the royal household denied “any suggestion of impropriety with underage minors.”

Dershowitz, who advised Epstein regarding the FBI investigation into his illicit sexual activities, denies ever having met his accuser. He told the Guardian on Thursday: “It is a totally fabricated charge in every possible way.”

Cases such as those levied against Epstein are central to a growing response by online activists, who under the banner “Operation Death Eaters” seek to expose “pedosadistic” men of influence and the political powers activists claim help shield them from prosecution. (Yes, “Death Eaters” is a reference to monsters in Harry Potter.)

Operation Death Eaters starts with the very word used to refer to people who desire sexual relations with children. They prefer the term “pedosadist” rather than “pedophile,” because the suffix “-phile” is derived from a Greek verb meaning “to love.” Individuals who advocate for the right to engage in sexual acts with children actually prefer to be called “pedophiles” for the very same reason.

#OpDeathEaters, as it is known on Twitter by those associated with the hacktivist group Anonymous, defines itself as “an internationally linked, independent, victim-led paedosadist inquiry/tribunal, which is in no way affiliated with the institutions of power that have created and run this industry.”

Highly targeted by OpDeathEater participants are Britain’s powerful political elite accused of raping, and in at least three cases murdering, underaged boys throughout the 1970s and 1980s. Last month, MP John Mann delivered a dossier to police containing no less than 22 names of individuals accused of participating in what has been termed the “Westminster pedophile ring.” The list reportedly includes the names of three serving members of the House of Commons and three members of the House of Lords.

According to Mann, the list includes the names of at least 14 Conservative and five Labor politicians, the majority of whom are ex-government ministers. 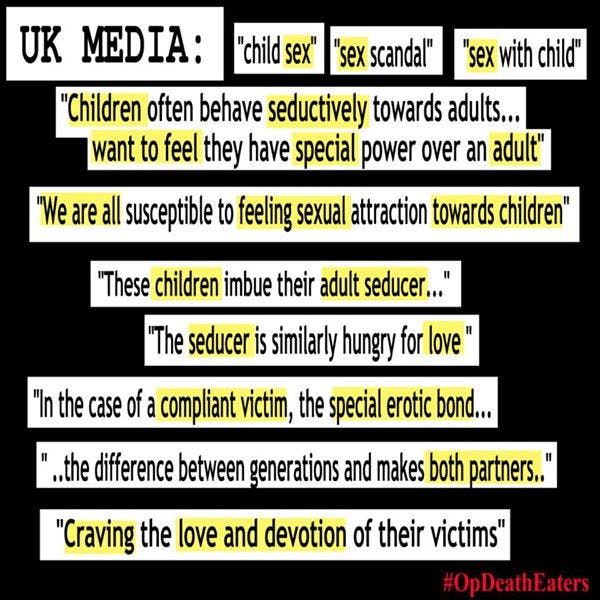 A previous 40-page dossier compiled in the early 1980s by a late member of Parliament accused at least eight public figures of sexually abusing children. It mysteriously vanished, however, after being given to then-Home Secretary official Leon Brittan in 1983. Brittan told reporters in 2013 that he didn’t “recollect” the dossier, but admitted the next year that it had, in fact, been handed to him—this, despite the fact that inquiries by another Home Office official found that the documents had not been retained.

Another British civil servant charged last year with investigating the vanishing dossier found that it was impossible to say whether the documents were removed to cover up abuse. He further concluded that there was no evidence to support such a claim. The allegations raised by MP Mann more than a month later suggest that at least two whistleblowers with knowledge of the British politicians linked to child abuse died under suspicious circumstances.

“The objective of #OpDeathEaters is to fight propaganda, to collect all the publicly available information before it disappears and to push for independent, internationally linked inquiries,” an activist, who goes by the alias GeorgieBC, told the Daily Dot via Facebook on Friday. “Also to support those leading the inquiries and the witnesses and victims who come forward since they have a historical precedent of getting dead and jailed in every state.”