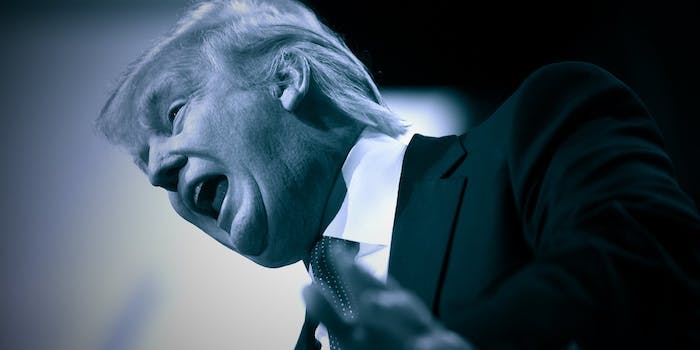 Three young girls just revolutionized art itself with the performance of the 'Official Donald Trump Jam.'

Get ready to rethink everything you thought you knew about song, dance, and art in general. The official Donald Trump jam is here.

Three girls have, apparently willingly, made a tribute to America’s favorite billionaire presidential candidate, Donald J. Trump, as the opening act before one of his secular megachurch speeches. Held Wednesday in Pensacola, Florida, theirs is a performance that will make you question the very meaning of freedom and answers the question on the mind of every American: What happens to the enemies of freedom? (Answer: they “get crushed every time.”)

The jam’s first lyric sets the tone for the entire performance, one that would make the founders of this great country proud. “Cowardice? Are you serious?” These girls are serious, and they’re not going to accept anything less than complete and unbridled love for the good ol’ U.S of A. “Apologies for freedom?” the precious young girls ask the crowd of sad, depressed Trump supporters. “I can’t handle this!”