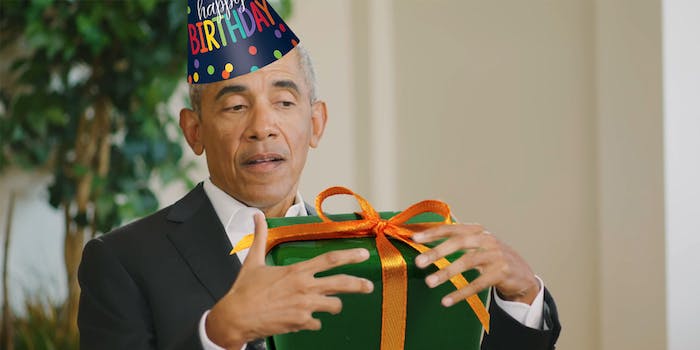 The 'Obama variant' is (probably) not real.

It can be hard to keep track of the numerous coronavirus variants that are tearing through the planet. There’s delta, and lambda, and gamma, and now delta plus.

One variant popped up on social media this weekend, but it’s one that you probably don’t need to lose any sleep over, because it’s not real.

Former President Barack Obama faced ridicule and ire after it was revealed he planned to throw a nearly 500 person birthday party as the delta variant ripped through the U.S. He since scaled it back, but after the party, posts that showed the president dancing maskless with attendees leaked.

While the invite apparently required guests to be vaccinated—and Obama himself is vaccinated—some online were annoyed and outraged that a world leader would throw such a soirée at time when the messaging to the public is to act with restraint.

Lockdowns appear to be looming in some states, and masks at restaurants are returning. And Obama’s having himself a bash, one which people are joking will lead to a new strain of COVID-19.

The Obama variant has not been mentioned yet by the CDC, but we’ll be sure to let you know if it becomes a real thing.