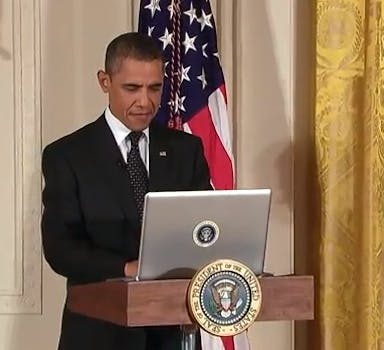 The president and his campaign are reaching out to followers on Twitter directly, with some curious results.

This week, Barack Obama’s campaign used Twitter direct messages to get the word out and encourage followers to vote in Tuesday’s election.

It wasn’t just Obama’s own account that was used. Direct messages were also sent to some followers of several official campaign accounts, encouraging users to leverage their “Twitter influence to turn out the vote” by reteweeting @Obama2012 and joining the campaign’s “Twitter team.”

The move speaks to the campaign’s strategy in getting the word out on digital platforms. It was certainly creative and the first of its kind on this scale.

However, there were some Twitter users who tried to respond to the campaign’s remarks. Some were successful, as they’re being followed by the @BarackObama account (which auto-followed back new followers for a time a few years ago). 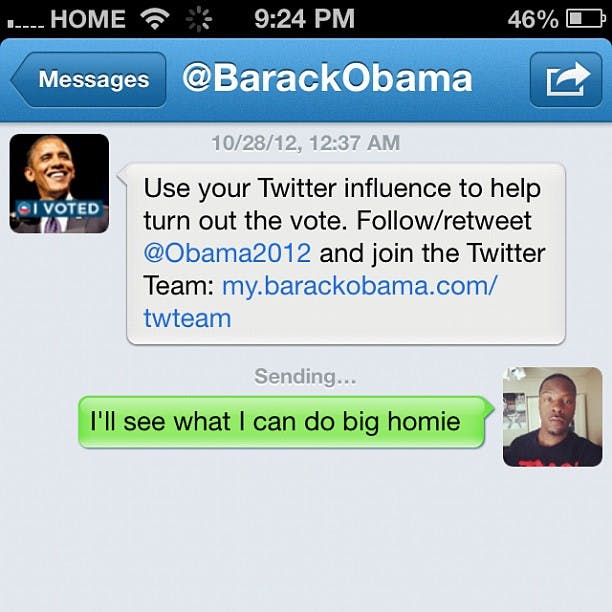 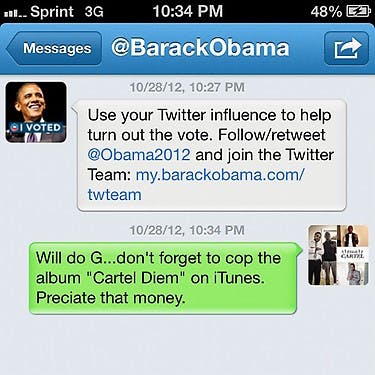 
Those who tried to message the campaign’s accounts back when they weren’t being followed weren’t quite so lucky. 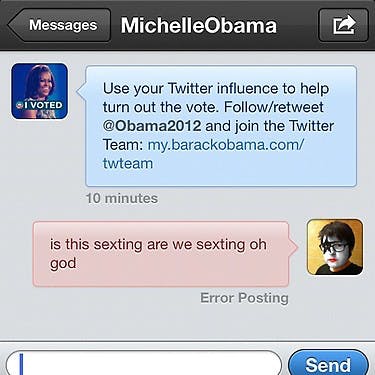 Elsewhere, some who received an Obama DM were none too pleased with the president’s performance over the last four years. 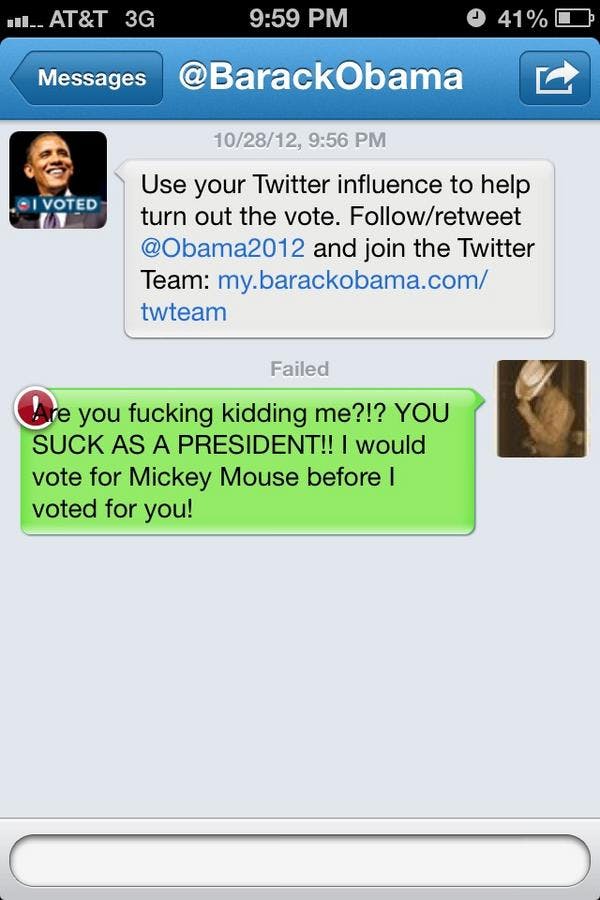 Whatever your feelings about the campaign using direct messages to canvas for the president’s reelection, it sure beats annoying robocalls.