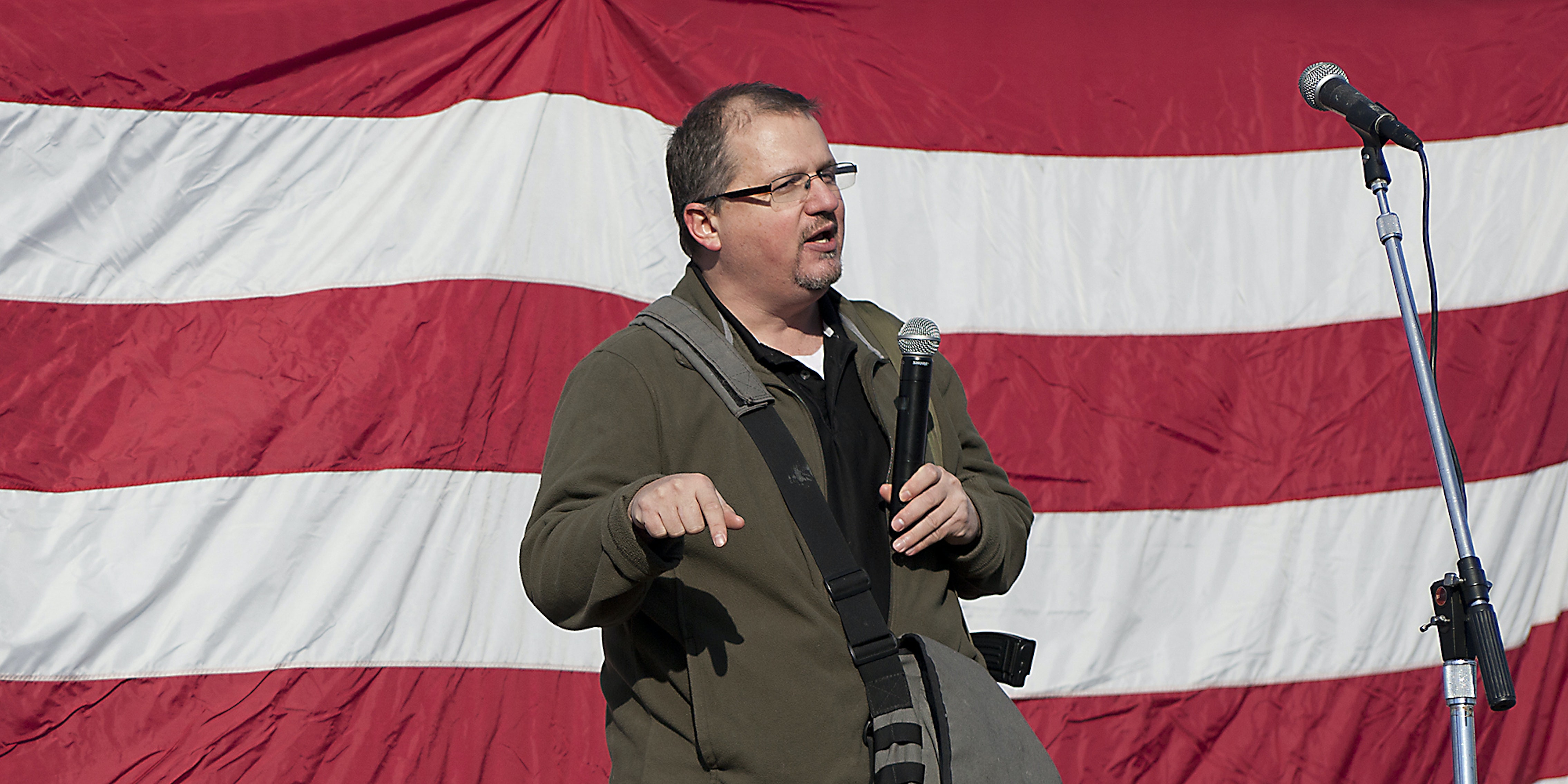 The founder and head of the far-right Oath Keepers was arrested Thursday afternoon. The New York Times reports that Stewart Rhodes’ arrest was related to the government’s Capitol riot investigation.

The Times reports that he is being charged with seditious conspiracy. The charge essentially means he is accused of conspiring to attack the government or oppose its authority with force. Rhodes is the first of the more than 700 alleged rioters charged with this offense.

Rhodes is one of the highest-profile arrests in association with the attack to date.

Rhodes himself is a former Army paratrooper. He also has a law degree from Yale.

Hundreds have been arrested since the Capitol riot, when thousands of supporters of former President Donald Trump assaulted Congress in an effort to overturn the election in Trump’s favor.

Rhodes was present at the Capitol during the riot, but there’s no evidence he entered the building. The Times reports that he was in communication with Oath Keepers who did enter the building that day, however.

The outlet notes that he’s been under investigation since last spring when he spoke to the Federal Bureau of Investigation against the advice of counsel. At least four members of the Oath Keepers are reportedly cooperating with the investigation.

In an interview with the Times last summer, Rhodes reportedly complained that members had gone off script by entering the Capitol.

Numerous Oath Keepers have been arrested since the riot. In addition to alleging breaching the Capitol, members of the Oath Keepers provided security for far-right figures such as Roger Stone that day.

Washington, D.C. is suing the group and the Proud Boys for their alleged roles in the attack.

It is not yet known how Rhodes intends to plea to the charges.