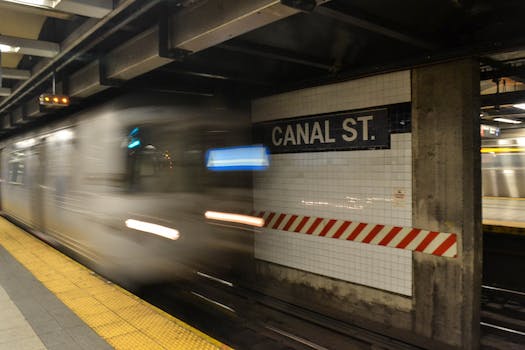 How much money is New York losing without Wi-Fi on the subway?

Uninterrupted underground Internet would be an economic boon to the nation's largest city.

The numbers are out and it’s official: New Yorkers have the longest workweeks in the country and the longest commutes. Weekly, we spend 42 hours and 50 minutes on the job, and our trips to work add up to an additional six hours and 18 minutes, spent largely on underground trains.

Despite countless technological improvements in the 100 years since our first subway car rattled down the line, our experience on these trains has remained the same, or changed for the worse, in every category.

Fare hikes. Service changes. Corruption. The trains just don’t run like they used to. Bump into anyone on the street and she’ll have a hellish MTA story on instant recall. For New York—one of the world’s great destinations, the center of commerce and media—our transportation issues are an embarrassment.

And so, Metropolitan Transit Authority, it comes to this. We want changes. We want to believe again.

With a knowledge-based workforce of consequential size, New York City is home to many residents who make their livings online. There’s sound economical sense in providing reliable connectivity to a place where people are already spending large swaths of their days underground and off the radar. Imagine starting your workday as soon as you began your commute. Imagine an extra 45 minutes to clean your inbox. Imagine arriving at the office fully prepared.

Providing a free system-wide Wi-Fi network to subway passengers would be a PR home run for the MTA. The inevitable service changes will be easily communicated to its passengers, who can tolerate them by swiping hotties on Tinder, catching up on email, or warning friends or coworkers they’re stuck at Canal Street due to a sick passenger. The MTA and its perpetually swelling operating budget can at least go toe-to-toe with what a coffee shop provides in terms of convenience.

Some back-of-the-envelope math easily demonstrates that if more people were able to work on the train—if we could count those six hours and 18 minutes as proper work time each week—then we ought to try to get there.

That commute statistic rounds down to a still-hellish six hours each week spent dodging backpacks, bikes, manspreaders, and dance troupes.

Assuming average income, we miss out on $36.7 million worth of work each week.

The average resident of the NYC metropolitan area earns a yearly wage of $59,246. If we assume the standard 40-hour work week, this works out to $28.48 per hour. If that commuter could be working off of Wi-Fi, that’s $170.88 going unearned underground every week.

Roughly 4.3 million people ride the subway each day. Not all of them could do their jobs online. Some won’t have jobs at all. Let’s estimate that 215,000 people, roughly one out of every 20 passengers, would use Wi-Fi for work purposes if it were available on the way to work.

Assuming average income for these people, 215,000 people earning $170.88 during those six weekly commuting hours represents $36,739,200 in unearned income each week. Even if it’s just one in every 50 subway riders, that’s still nearly $15 million a week.

It works in Moscow

Moscow’s metro system can lay claim to some severe feats of mass transit. It’s one of the busiest in the world and it’s buried especially deep below the city’s surface. Trains generally arrive within two minutes of each other, and a native Muscovite friend tells me that there’s simply no such thing as a service change there. Moscow operates its metro system more effectively than New York operates its own.

Adding a layer convenience to the well-oiled system that gets Russians around their capital city is the free Wi-Fi that blankets every single train track. From tunnel to tunnel and station to station, commuters are welcome to use the Internet as they like for the duration of the ride, courtesy of a Russian telecommunications company called MaximaTelecom, which spent $100 million to deploy this system at zero cost to the city.

As it’s available across 650 underground Russian trains and 5,000 individual train cars, more than 1 million people use this network every day. It makes money by showing ads to users, so despite the price tag, it pays for itself in the long term. Russian commuters get to enjoy the Internet at a time where New Yorkers would normally be saying goodbye to it.

I’m disheartened to mention that MaximaTelecom successfully executed its every-tunnel-every-station plan in a total of 14 months. It finished last year. Could we do the same in New York?

What the MTA says

A representative for the MTA told us that New York has already deployed free Wi-Fi at some stations and will continue to do so until every station is serviced by 2017. The system connecting stations has the potential to provide Internet to the tunnels as well, but we are told that this functionality is not a priority.

The MTA would do well to form a similarly aggressive plan on its own front. Free Wi-Fi will be its best weapon in distracting everyone from noticing that its subway stations look like waiting rooms for hell.