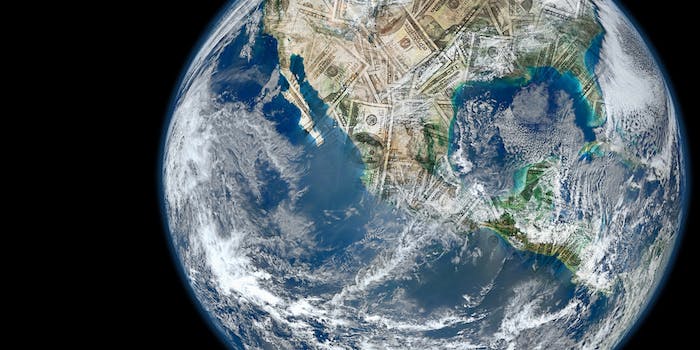 The NSA’s crazy fine threat against Yahoo put in perspective

No wonder Yahoo gave into the pressure.

Last week, we learned from the New York Times that in order to acquire the Internet communications of Yahoo’s customers, the U.S. government was willing to impose a $250,000 per day fine for the company’s noncompliance.

New details brought to light by the the attorneys involved in the 2008 legal action, however, reveal the situation to be much worse. The financial consequences Yahoo faced for standing up to the National Security Agency (NSA) were nothing less than a loaded gun at the side of its head.

“Imagine a well-known, publicly traded company suddenly ceased operating, and the CEO couldn’t explain why,” an article on Yahoo! Finance read Tuesday morning. “Picture shareholders losing everything, with zero warning.” According to a recently unsealed motion filed by attorneys representing the U.S. spy agency, that scenario almost certainly describes Yahoo’s fate, had they not agreed to follow the government’s orders precisely.

See, the $250,000 per day figure cited by the Times isn’t the whole story. According to attorneys Marc Zwillinger and Jacob Sommer, who represented Yahoo in the secret spy court, the coercive fine would have actually doubled each week, quickly reaching an unprecedented figure.

Doubling weekly, the amount of Yahoo’s fine becomes astronomical. Of course, the company would have been dead relatively quick—its 14,000 employees out of a job.

Here’s how much money the government would have made, had they continued somehow collecting the penalty against Yahoo:

After less than two months of fining Yahoo, the NSA could have purchased the most expensive painting in the world: One of five 19th century masterpieces called “The Card Players,” by Paul Cézanne, which sold in 2011 to the Royal Family of Qatar for an estimated $259 million. After just nine weeks of holding Yahoo upside down by its ankles, according to this random person claiming to be an architect on Reddit, the NSA could have reconstructed the Roman Coliseum for the price of $1 billion. After just 92 days, the NSA would have been owed a figure proportional to Yahoo’s total assets: $16.46 billion (as of June 30). If they had stopped just one day sooner, they still could have bought every person on the planet a $2 hot dog. On the 163rd day of fining Yahoo—approximately 23 weeks after the first $250,000 was collected—the NSA could have liberated America from its national debt, having collected over $17.72 trillion. (Of course, by now, Yahoo is no more.) 
Less than a month later, after just 29 weeks of collecting on a daily fine that started at $250,000 and doubled each week, the NSA would have been owed the total wealth of the world: an estimated $241 trillion. Of course, with all of us homeless and unable to pay our phone bills, whose electronics would the NSA have to spy on?