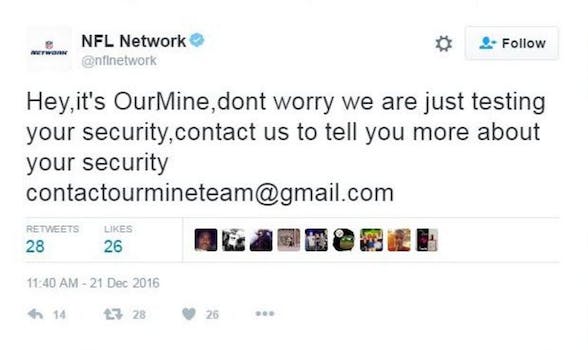 What does this say about the security of your own account?

On Wednesday, the hacking group OurMine (the folks who hacked Mark Zuckerberg) broke into @nflnetwork and used the account to post a surprisingly pleasant tweet. The post was removed shortly after it went live, but it was captured just in time by the folks at CNET. 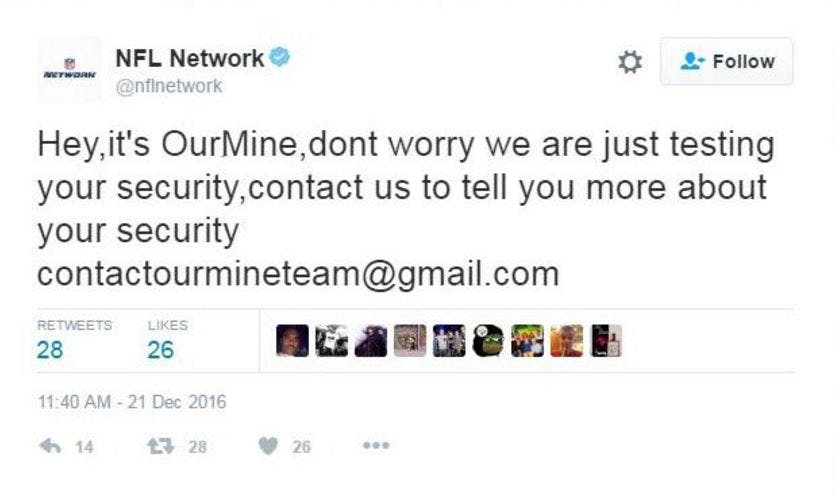 This isn’t the first time the league’s account has been tampered with. Back in June, it falsely tweeted its commissioner, Roger Goodell, had died, all thanks to the work of someone with too much time on their hands.

The league always seems to be in good company when this sort of thing happens. OurMine also hacked Netflix and Marvel’s Twitter accounts, posting messages that were similarly removed.