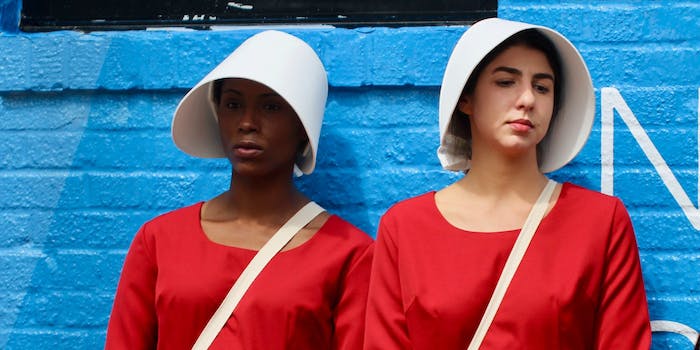 Daryush 'Roosh' Valizadeh is a noted sexist with a history of advocated legalizing rape, the SPLC reports.

The New York Times is facing backlash for quoting a blogger who once wrote that rape should be legalized.

In a Nov. 20 news piece about the extremist right’s backlash against Tucker Carlson—for a relatively rare moment of integrity when he questioned now-former Trump lawyer Sidney Powell’s baseless claims about massive voter fraud—the Times reached deep into its bag of pro-President Donald Trump sources and came up with Daryush “Roosh” Valizadeh.

While it is acceptable, even best practice, to seek sources with a variety of viewpoints, it is also important to be honest about who these people are and what they stand for. In its story, the Times failed to mention that Valizadeh is a noted misogynist, brazen rape apologist, and homophobic, all of which are well-supported by his own statements and writings. And all of which is just an internet search away on the Southern Poverty Law Center’s extremist files.

The story described Valizadeh as merely “a writer and podcast host who supports the president.” The piece by Jeremy Peters pointed to him as “an example of how the large online community of far-right, pro-Trump commentators” turned against Fox News after Carlson pointed out that Powell had no evidence to back up her claims and had refused an invitation to come on his show to present the same.

Many online took serious umbrage with the Times’ glossing over of Valizadeh.

According to SPLC, Valizadeh has previous written about having intercourse with a woman as she wept with pain.

In a 2015 piece on his website called “How to Stop Rape,” per SPLC, Valizadeh suggested doing away with the consent requirement: “I thought about this problem and am sure I have the solution: make rape legal if done on private property. I propose that we make the violent taking of a woman not punishable by law when done off public grounds.”

On Sunday, Twitter user @nycsouthpaw noticed that Valizadeh was quoted in the piece without giving what many viewed as sufficient context of his views.

In recent years, Valizadeh has since somewhat distanced himself from advocating legalizing rape to become what one described as a “hardcore tradcon,” or traditional conservative. The online community was nevertheless appalled, given his history.

“Consider that the NYT description of Roosh is both 100% accurate *and* entirely deceitful,” commented @gwshel. “It’s a decent demonstration that journalistic ‘objectivity’ has become nothing but a clever way to avoid wrestling with fundamental truths.”

The backlash led the Times to update its description of Valizadeh from mere “writer and podcaster” to “an alt-right figure with a history of extremist views.”

It did not note the update in the article.