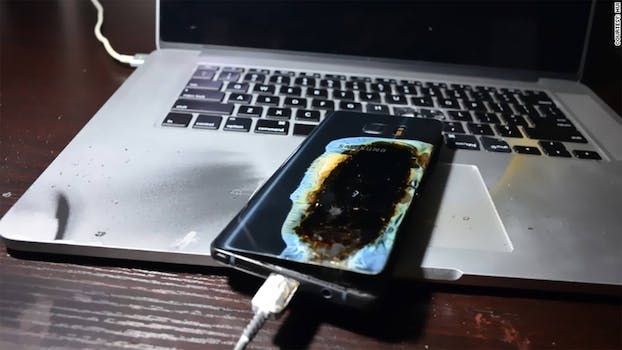 New Galaxy Note 7, which is supposed to not explode, explodes

This could be terrible news for Samsung.

Just when you thought Samsung’s Galaxy Note 7 woes were behind the company, it seems that the “safe” version of the device might not be so safe after all.

A Chinese Galaxy 7 owner named Hui Renjie claims that his brand new Galaxy Note 7—the one with a supposedly safe battery pack—burst into flames just like the defective smartphones that Samsung has been working so hard to replace. According to a report by CNN Money, Renjie says his phone was plugged into its USB charger overnight when the battery exploded, causing substantial damage to his computer and destroying the phone in the process.

Samsung has been recalling the Note 7 in many countries, including the United States, but it curiously left China out. The company said that the Chinese version of the device featured a battery pack from an entirely different supplier and that it was already safe. Samsung is investigating Renjie’s claim and attempting to discover what exactly went wrong.

In a best-case scenario, Renjie’s phone would be a freak accident or perhaps a mix-up in components from a third-party seller, but if the Note 7 replacement units are found to still exhibit explosive tendencies, Samsung could be looking a seriously dire situation.