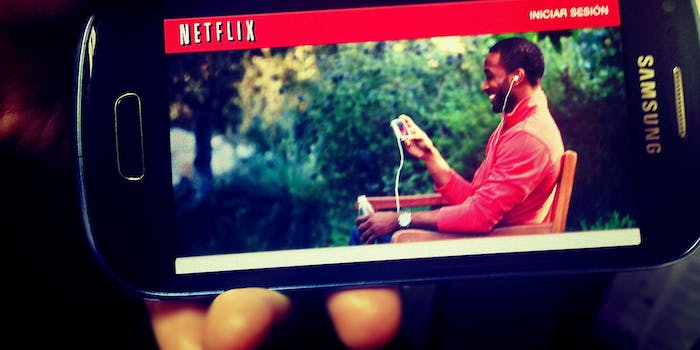 The child has become the master. The student has surpassed the teacher. Netflix now has more subscribers than HBO, its own model for how to woo viewers to an alternate television experience.

That’s about 2 million more than HBO’s current number of monthly subscribers. Bloomberg noted the similarity between HBO and Netflix, which both have seen a steady rise in popularity with a focus on original programming. While HBO has built its place in the industry over four decades, Netflix reached thirty million members in under half that time, tripling its membership within the last four years alone.

With critical and popular acclaim for Emmy-winning original content like House of Cards and Orange is the New Black, it looks as though Netflix’s path is clear: Draw in new customers with original content while enticing existing subscribers to stay with a constantly expanding catalogue of media. With over 100,000 titles in the Netflix database, an $8-monthly online membership is a hard bargain to pass up, particularly when compared to HBO’s add-on subscription rate, which ranges from $10-$15/month on top of what users pay for their regular television access.

So far one of Netflix’s biggest hurdles is that you can’t get any of HBO’s formidable original content on Netflix. HBO already streams its content directly to its subscribers through its own online service, HBO Go. But with the news of Netflix’s userbase surpassing that of the largest cable network, many are wondering if it’s time for HBO to begin offering that service to non-digital subscribers, something the company was considering earlier this year.

With Netflix openly courting adding original films to its repertoire as well, it’s safe to say that the similarities between HBO and Netflix aren’t going to disappear—nor will the competition for viewership.

Some projections for Netflix worldwide range from 60 to 90 million viewers over the next few years, a figure that would have appeared staggering a few years ago but is rapidly sounding more plausible as the number of online subscription service balloon while broadcast TV ratings continue to plummet, steadily taking cable viewers with them.