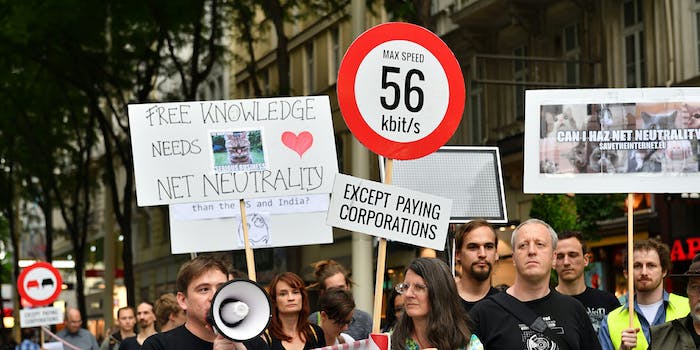 More than 4 in 5 Americans said they supported the basic tenets net neutrality.

A new poll conducted after Democrats introduced the Save The Internet Act, a bill that would restore net neutrality rules, shows wide support for the issue across the political spectrum.

The poll was conducted the week after the Save The Internet Act was announced by lawmakers. The bill would undo the Federal Communications Commission’s (FCC) repeal and codify the 2015 Open Internet Order, which ushered in net neutrality rules. It is expected to receive a vote in the House of Representatives in early April.

Comparitech’s results were similar to a number of other polls conducted in the past.

However, it also touches on the debate currently playing out in Congress surrounding Title II of the Communications Act.

The Save The Internet Act would revert back to the Open Internet Order, which classified internet service providers (ISPs) under Title II, and subjects them to utility-style regulations. Republicans have pushed hard against this in a number of congressional hearings.

The poll found that 55.8 percent of people who said they opposed net neutrality actually agreed with classifying ISPs as a “telecommunication service,” which is what would happen under Title II.

Meanwhile, 79.7 percent of people who supported net neutrality also agreed with that idea.

The poll also found that nearly 31 percent of Republicans and more than three in five Democrats believed net neutrality was a “very important” issue.

You can read more about Comparitech’s poll here.