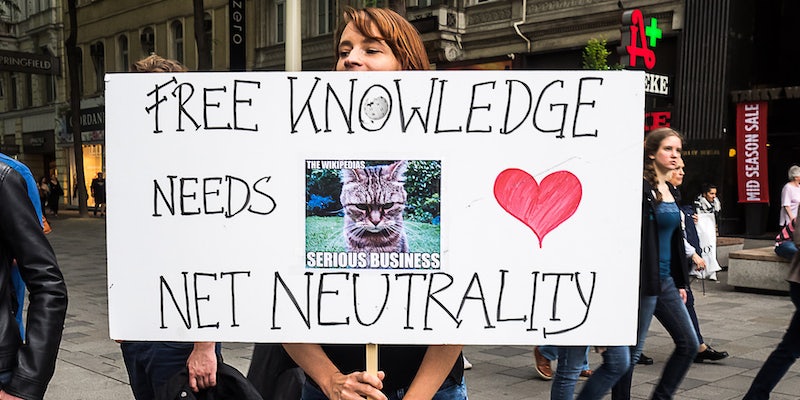 Oral arguments in the court case will be on Friday.

A number of prominent tech companies and digital rights groups expressed confidence on Wednesday that their court battle against the Federal Communications Commission (FCC), where they are challenging its controversial net neutrality decision, will be successful.

Oral arguments for Mozilla Corporation v. FCC, a case challenging the legality of the FCC’s net neutrality decision, are scheduled to be heard by the U.S. Court of Appeals District of Columbia Circuit on Friday.

It is possible, the petitioners said, that if they are successful the Court of Appeals could reinstate net neutrality rules. However, the court also has discretion to do other things.

The petitioners said they will argue that the FCC went “beyond” its authority of what the Communications Act allows it to do, and that the agency did not consider all of the relevant arguments when it crafted the Restoring Internet Freedom Order, which swept away net neutrality rules.

“The FCC’s net neutrality repeal was both misguided as a matter of policy and unsound as a matter of law,” Sarah Morris, the deputy director of the Open Technology Institute, said. “This Friday, petitioners will appear in court to detail the ways in which the FCC failed to adequately consider relevant facts, misinterpreted the Communications Act and other statutes, and failed to provide proper notice of the authority it was using in its meager transparency obligations.”

‘This wasn’t how the internet was meant to be’

Denelle Dixon, the COO of Mozilla, said the petitioners’ oral arguments will outline the faults in the FCC’s insistence that broadband investment would increase without net neutrality—recent reports suggest that has not happened yet——and how internet access has not improved in the country.

“This wasn’t how the internet was meant to be,” Dixon said. “Without protecting net neutrality, the bigger carriers out there will control the internet experiences of everyone and that cannot be what happens.”

The petitioners highlighted the potential public safety concerns the net neutrality repeal could have, citing the throttling of first responders’ data during wildfires in California.

“If one citizen receives the evacuation order later than his or her neighbor, this delay can result in a loss of lives,” Tony Bowden the fire chief of Santa Clara County said. “It is just as critical for the citizens we protect to be able to receive these critical communications as it is for us as first responders to be able to send the information to the citizens we serve.”

Sen. Edward Markey (D-Mass.), who was at the center of Congress’s effort to try and overturn the FCC’s decision, also criticized the FCC’s decision during Wednesday’s call, adding that more than 100 members of Congress filed amicus briefs in support of the petitioners.

“[The FCC is] on the wrong side of history and of the American people and that is what is at issue on Friday when the D.C. circuit court hears oral arguments,” Markey said of the FCC. “We are now on our way to victory in the courts.”