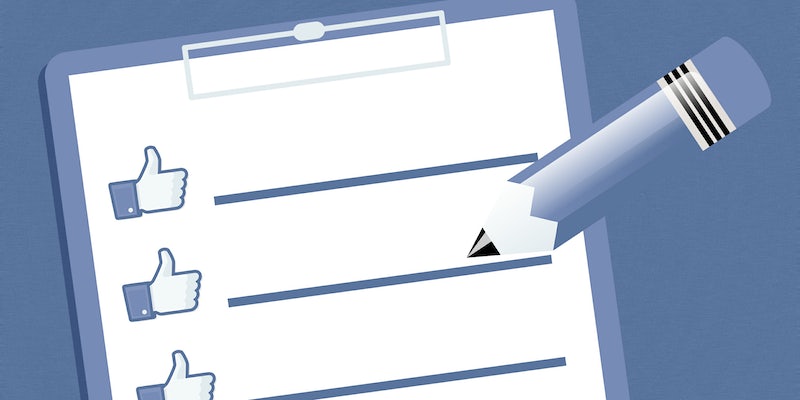 Facebook has begun rolling out a new feature in the U.S. that will allow users to create petitions, TechCrunch reports.

Known as “Community Actions,” the tool is designed to give users the ability to rally support around political causes “and tag relevant government agencies and officials who’ll be notified.”

“Community Actions have their own discussion feed where people can leave comments, create fundraisers, and organize Facebook Events or Call Your Rep campaigns,” TechCrunch notes.

Several examples from Facebook include a petition calling on a Florida mayor to approve a new performing arts center while another out of Philadelphia seeks the construction of crosswalks near a library. The petitions were created by Facebook users during the feature’s trial phase.

Community Actions is similar to other recently launched features including Facebook’s “Candidate Info,” which allows users to learn about those running for office, as well as “Town Hall,” which helps users find and contact politicians.

In a statement to TechCrunch, a Facebook spokesperson stated that the petition feature aims to give users the power to “advocate for changes in their communities and partner with elected officials and government agencies on solutions.”

“Every day, people come together on Facebook to advocate for causes they care about, including by contacting their elected officials, launching a fundraiser, or starting a group,” the spokesperson said. “Through these and other tools, we have seen people marshal support for and get results on issues that matter to them.”

While Facebook’s intentions may be admirable, TechCrunch argues that the new feature could be weaponized.

In an attempt to keep the tool from being abused, Facebook is relying on users to flag objectionable content, its own human enforcers and proactive algorithmic detection. But, as with seemingly every social media site, the company will undoubtedly face accusations of bias at some point in the future.

“If Facebook allows controversial Community Actions to persist, it could be viewed as complicit with their campaigns, but could be criticized for censorship if it takes one down,” TechCrunch states. “Like fake news and trending topics, the feature could become the social network’s latest can of worms.”