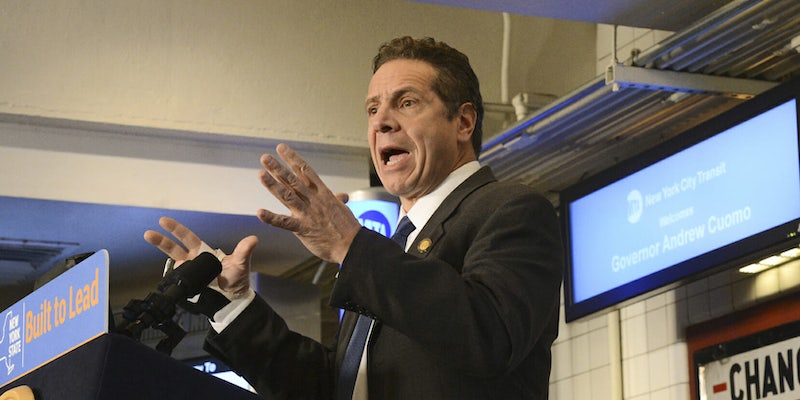 They're tightening rules to counteract the federal government's actions.

New York and Illinois lawmakers announced on Wednesday their intentions to join other states who have tried to strengthen net neutrality rules in light of the federal rules being rescinded.

New York Gov. Andrew Cuomo announced on Wednesday that he proposed to include an executive order he signed earlier this year that required internet service providers (ISPs) in the state to offer equal access to internet content in his 2020 fiscal year executive budget.

“In New York State, we believe equal access to internet content is crucial to a strong democracy and robust economy,” Cuomo said in a statement. “The FCC’s dangerous rollback of net neutrality puts corporations over people and goes against our fundamental belief in the free exchange of ideas. By codifying this executive order into state law, we are ensuring that the internet remains free and open to all in the Empire State.”

Meanwhile in Illinois, state Rep. Ann Williams announced that she had reintroduced a bill that would require ISPs to adhere “to net neutrality principles for Illinois customers.”

It would also require ISPs to disclose if they throttle content, block content, or use paid prioritization—all things net neutrality advocates fear could happen in the absence of federal rules.

“The fight to protect net neutrality is not over in Illinois. Today I introduced HB1582, a bill to ensure that the state only contracts with ISPs who are protecting consumers and abiding by net neutrality principles,” she wrote on Twitter. “Read why this is so important.”

The fight to protect net neutrality is not over in Illinois. Today I introduced HB1582, a bill to ensure that the state only contracts with ISPs who are protecting consumers and abiding by net neutrality principles. Read why this is so important. #twill https://t.co/15c5rO37C7

In a statement, Williams said the bill was needed because of the internet’s use for people’s “basic needs” everyday.

“Without unrestricted access to the internet, we lose our ability to be heard … and to hear others,” Williams said. “In short, it can dramatically jeopardize our ability to communicate freely in a free society. The time is now for Illinois to join the national movement to protect net neutrality and pass this important legislation.”

Members of Congress attempted to try and overturn the FCC’s net neutrality decision last year but were ultimately unsuccessful.

Now, the focus of attention seems to be on a legal battle in the U.S. Court of Appeals District of Columbia Circuit. Oral arguments for Mozilla Corporation v. FCC are scheduled to be heard on Friday.