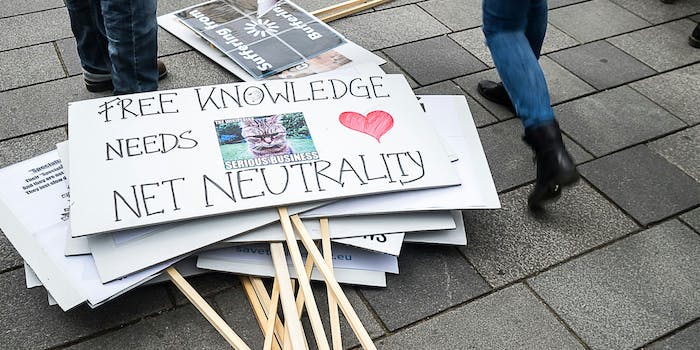 The bill will now head to the state Assembly.

The California state Senate passed a bill on Wednesday that would restore net neutrality protections.

The bill, which has been heralded by internet rights advocates, would reinstate rules that are similar to the ones the Federal Communications Commission (FCC) voted to repeal on a national level late last year.

California’s bill, S.B. 822, would prevent internet service providers (ISPs) in the state from blocking, speeding up, slowing down, or offering so-called “paid prioritization” for internet speeds. It would bar ISPs from getting contracts in the state without adhering to the rules.

The bill passed by a 23 to 12 vote. It now needs to pass through the state’s Assembly and, if successful there, would need to be signed by Gov. Jerry Brown (D). The state Senate passed a different bill earlier this year that did not make it through the Assembly.

“Internet users are furious about the FCC’s disastrous repeal of net neutrality, and they’re mobilizing en masse to get it back by any means necessary,” Evan Greer, the deputy director of Fight for the Future, said in a statement. “Today the California State Senate read the writing on the wall, sided with the public, and voted to defy Ajit Pai and enact strong protections against ISP censorship and abuse.”

Several states have taken it upon themselves to pass similar bills and executives orders in the absence of federal-level protections. Montana, New York, New Jersey, and Hawaii are among the states who have found ways to restore net neutrality protection since the FCC’s vote.

On a federal level, Congress is also attempting to overturn the FCC’s decision.