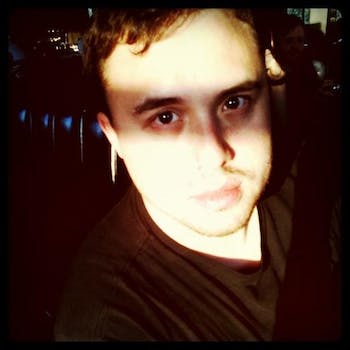 Exclusive interview: The man who would save N-Control

A small game-accessory maker hires help after a customer-service disaster.

Moisés Chiullan is hoping that equal parts straight talk and Twitter humor will save a small company that found itself at the center of a public-relations debacle this week.

Chiullan is the guy who has taken over PR for N-Control, the Miami-based company that created a previously not-very-well-known video-game controller accessory called the Avenger Controller.

And his first—and pretty much primary—order of business? To publicly divorce his new client from its old PR guy, a contractor named Paul Christoforo.  He did that quite actively in both his Twitter stream and a press release.

The contretemps began earlier this week when Christoforo took issue with a customer who complained about not getting his controller on time. He responded with an over-the-top, nasty tirade to the customer. It might have ended there quietly had the tirade not been posted on gaming forum Penny Arcade.

Users of the social news site Reddit, known for banding together and standing up for the little guy, called Christoforo a bully (and worse) and then turned things around and bullied him back.

Things did not stop there. People took to Amazon.com to trash the controller with lousy reviews—whether or not they’d bought it, or even used it. And that doesn’t even begin to count negative articles, tweets, and blog posts.

The result: A lot of people think the Avenger is a bad product, backed by a bully.

That’s where Chiullan came in. Chiullan told the Daily Dot he’s a public-relations disaster specialist who took it upon himself to get in touch with N-Control’s founder through a mutual friend after he learned about the disaster the same way everyone else did —online.

N-Control owner David Kotkin had heard all about the debacle. But he needed help, said Chiullan in a phone interview from his home in Austin, Texas.

“About 11:30 yesterday evening I was on the phone with David, the creator of the thing. I asked him very pointedly; ‘I‘ve already spent a few hours thinking about this. But I’ve got to know why this guy was with you as long as he was with you. He doesn’t seem like much of a PR rep.’”

The answer? “All David really told me was, ‘We’re a startup; we’re a virtually brand-new company. There are only so many options.’”

Christoforo had a compelling personal story, Chiullan said. He had been an underdog. It just turned out he wasn’t very good with customers, Chiullan said; in fact, he’s been involved with other customer arguments, although none as public as this one.

Kotkin had trusted Christoforo and that was his problem. “The biggest thing David can be faulted for is putting his trust in someone that wasn’t trustworthy,” Chiullan said.

He was a bit more pointed in the press release, where he wrote:

N-Control would like to publicly apologize to existing and potential customers, as well as the gaming community at large, for allowing Mr. Christoforo to abuse his power so unforgivably. The Avenger was invented to provide greater accessibility to disabled gamers, and bullying tactics are the last thing that should be associated with this product.

The release goes into great detail, making it clear that Christoforo has no financial stake in the company.

And Chiullan was busy tweeting to folks, letting them know about the separation, and even cracking the same kind of jokes about Christoforo’s habit of bragging about his connections that other Internet users had made.

“Paul Christoforo no longer has anything to do with us,” he tweeted. “We’d wish him well, but he already knows all the most powerful people in the world.”

But on a more serious note, Chuillan said, “it’s been a very surreal 24 hours,” and hopes that he and the company can soon put this episode behind them—or at least capitalize on it.

Like any good PR man, Chiullan gave the whole thing a positive spin: “The company was a growing company,” he said.

“The opportunity,” he said, is that now there’s a “wide audience” familiar with the brand. It “is something that potentially we can capitalize on. The opportunity is there for Avenger Controllers to convert bad blood into a much broader awareness of the product.”

And late Wednesday night, he hinted at going on Reddit to do an IAmA (“I am a …”) interview directly with the site’s feisty redditors.

Chances are we’ll be hearing more about this. And soon.