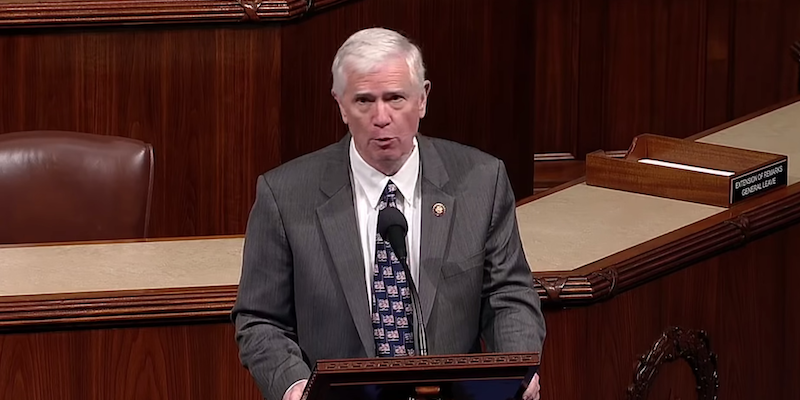 'If socialists in the fake news media had any honor, they would cleanse their souls and atone for their sins.'

It is extremely easy not to quote from Adolf Hitler’s opus, Mein Kampf, when on the floor of the U.S. House of Representatives. In fact, hundreds of millions of Americans have never done that and have no intention of ever doing that.

But you are not Rep. Mo Brooks (R-Ala.), who accused Democrats and the media of promoting a “big lie,” which he said they ripped straight from the Nazi playbook this week. It’s a phrase with extremely anti-Semitic connotations, as Hitler used it to describe the Jewish people in his book. Brooks apparently meant to equate Democrats to fascists but wound up attacking them with racist Hitler quotes instead.

And it’s what the Democrats have been engaged in for years, he said, referring to their support of the Mueller probe into the president, and their belief that President Donald Trump colluded with Russia.

Democrats, Brooks said, would need to atone for their sins: “For more than two years, socialist Democrats and their fake news media allies—CNN, MSNBC, the New York Times, Washington Post, and countless others—have perpetrated the biggest political lie, con, scam, and fraud in American history … If socialists in the fake news media had any honor, they would cleanse their souls and atone for their sins.”

Brooks went on to read a passage from Mein Kampf, saying “In the big lie there is always a certain force of credibility; because the broad masses of a nation are always more easily corrupted in the deeper strata of their emotional nature than consciously or voluntarily.”

That’s some serious language from a congressperson, especially when the paragraph before the “big lie” Brooks cited in Mein Kampf was spent demonizing Jewish people, whom Hitler said have an “unqualified capacity for falsehood” and were responsible for propagating the “big lies.”

Brooks’ words come after weeks of Republicans declaring that Democrats were the party of anti-Semites. Calling Dems the party of Nazis is a new escalation of that rhetoric.

But reading Mein Kampf on the House floor may not be the best way to endear your party to people.