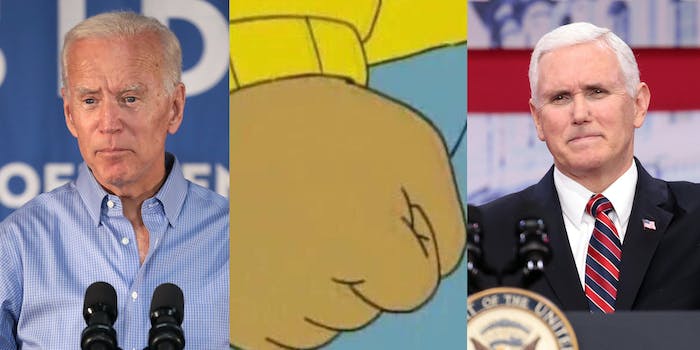 Pence clenched his first in a photo of him talking with Joe Biden in New York.

And one meme in particular seemed to sum up the meeting well.

The photo was posted on Twitter by a Politico reporter.

A lot of people were quick to notice Pence’s clenched fist as Biden went in for an elbow-bumb.

But at least a few Twitter users matched it up to the well-known and often used Arthur fist meme.

Video of the meeting shows the 2020 Democratic nominee talking briefly with Pence before moving on at the ceremony.