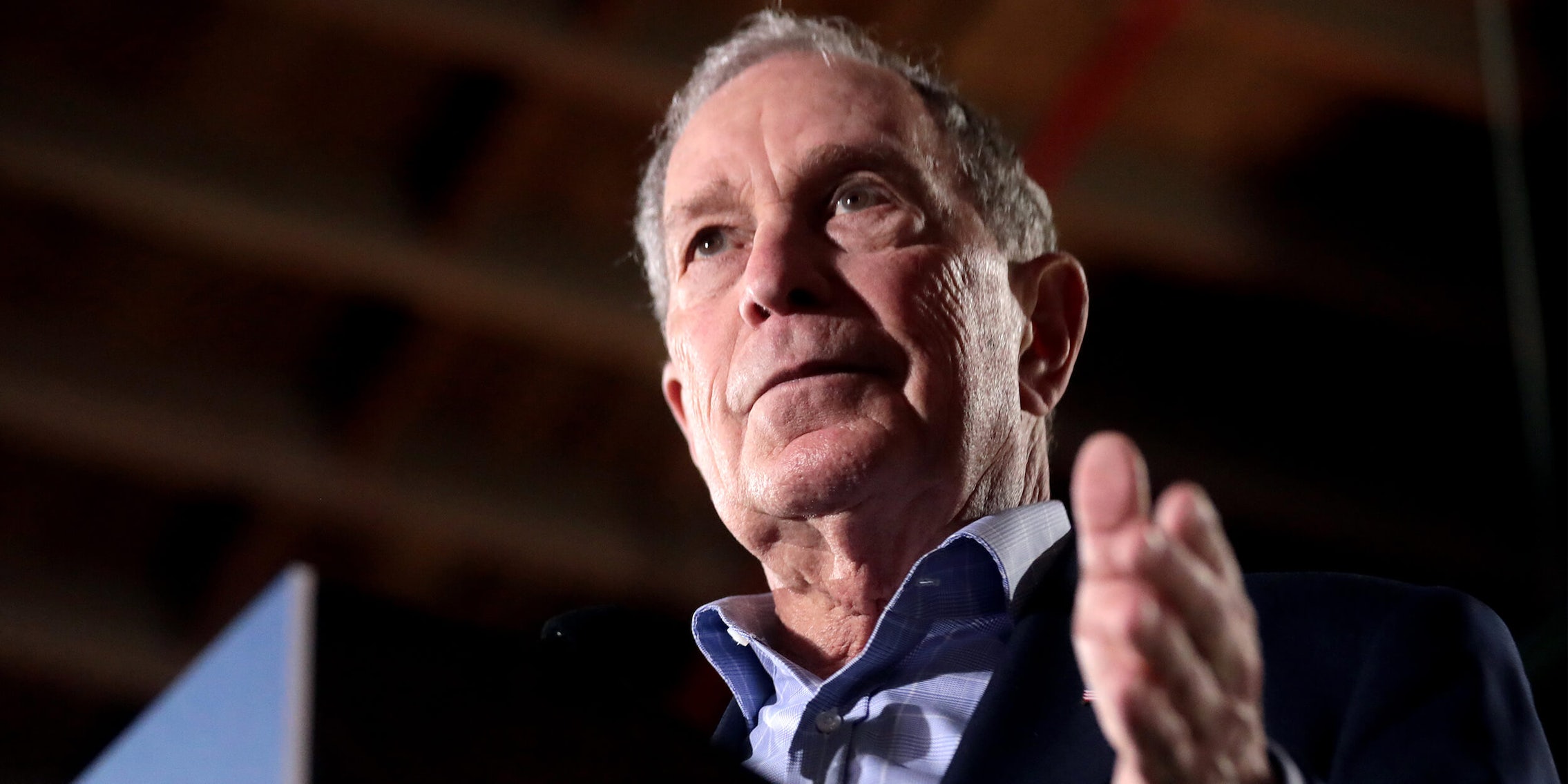 How tall is Michael Bloomberg?

Let’s cut to the chase with Michael Bloomberg’s height: the info is murky. His height entry on Wikipedia was altogether deleted.

Trump isn’t the only presidential hopeful dunking on the former mayor for that reason. At a campaign event in Seattle, Sen. Elizabeth Warren (D-Mass.) took a shot at the billionaire’s height while discussing “a threat that is coming our way.”

She added: “It’s a big threat—not a tall one, but a big one: Michael Bloomberg.”

Sometimes you just gotta go ahead and grab the low-hanging fruit.

Especially when the fruit is hanging low enough for Bloomberg to reach. Because he’s short. In case that wasn’t clear.

Bloomberg’s presidential ambitions may have ended with out a significant victory, but the question of his height still remains.

How tall is Michael Bloomberg?

It depends on who you ask.

According to Trump’s tweets, the former mayor is a “5’4” mass of dead energy,” which, in and of itself, is a devastating own. Or, it would be, if Trump didn’t like playing so fast and loose with facts.

Unlike his fellow 2020 hopeful Pete Buttigieg, Bloomberg’s height has been reported by several reputable journalistic outlets, one of the most recent being Associated Press.

Why can’t anyone agree?

Unfortunately, those reputable outlets can’t seem to agree on a measurement for Michael Bloomberg’s height. As the AP pointed out, the local daily papers covering his three mayoral terms have measured him between 5’6” and 5’8”.

In December, Bloomberg’s personal physician released a letter stating that the 78-year-old billionaire is 5’ 7” and weighs 165 lbs. Although this places Bloomberg below 5’9”—the average height of an adult male in the United States—that’s hardly Lollipop Guild material.

Google, however, clocks Bloomberg at a forgiving 5’8”.

Meanwhile, the entry for his height on Wikipedia was deleted just this week.

Scher brought receipts in the form of this awkward photo where the top of Bloomberg’s head barely grazes Scher’s majestic teen bowl cut. Even with the pronounced height difference, Bloomberg looks like he’s stretching to appear taller. The photo conveniently cuts off at his torso, so we’ll never know the exact tip-toe gradient.

In a blog post for the (admittedly sketchy) far-right magazine Chronicles, former Bloomberg News reporter Edward Welsch argues that 5’6” is too generous an estimate.

He was particularly scandalized by the 5’8” Google claim. “I heard this and shook my head in disbelief. Google is lying,” Welsch wrote.

“I’ve seen the man in person, and he’s strikingly short.”

Welsch proved his point by publishing an image of the mayor standing next to former French president and 5’5” short king Nicolas Sarkozy. Perhaps Trump was skating close to the truth, for once.

Is Michael Bloomberg’s height holding him back?

In the grand scheme of things, Michael Bloomberg’s height hasn’t held him back from much in life, but it might be one of several details that keep him from winning the highest office in the land. Fair or not, history shows that people like voting for tall people.

According to the data, the taller candidate tends to triumph over the more vertically challenged opponent. The average height of an American president since 1900 is 5’10”, which coincidentally (?) is the same height listed on Bloomberg’s driver’s license. Or, at least, that was the case in 2006, when it was revealed he listed himself as that tall on a government ID.

Shout out to the DMV clerk who presumably kept a straight face while processing that paperwork.

When he’s talking to reporters, Bloomberg seems to be a little more realistic about his stature, especially when he’s trying to come off as charmingly self-deprecating.

In a 2006 New York magazine profile, the then New York City mayor quipped: “What chance does a five-foot-seven billionaire Jew who’s divorced really have of becoming president?”

Well, Michael Bloomberg’s height may have matter there, as he was resoundingly defeated in the 2020 Democratic primary. His height is still no longer listed on Wikipedia.

Maggie Serota has written for SPIN, Billboard, Esquire, Pitchfork, among other places. She lives in Queens with an absurdly charming cat named Cosmo.