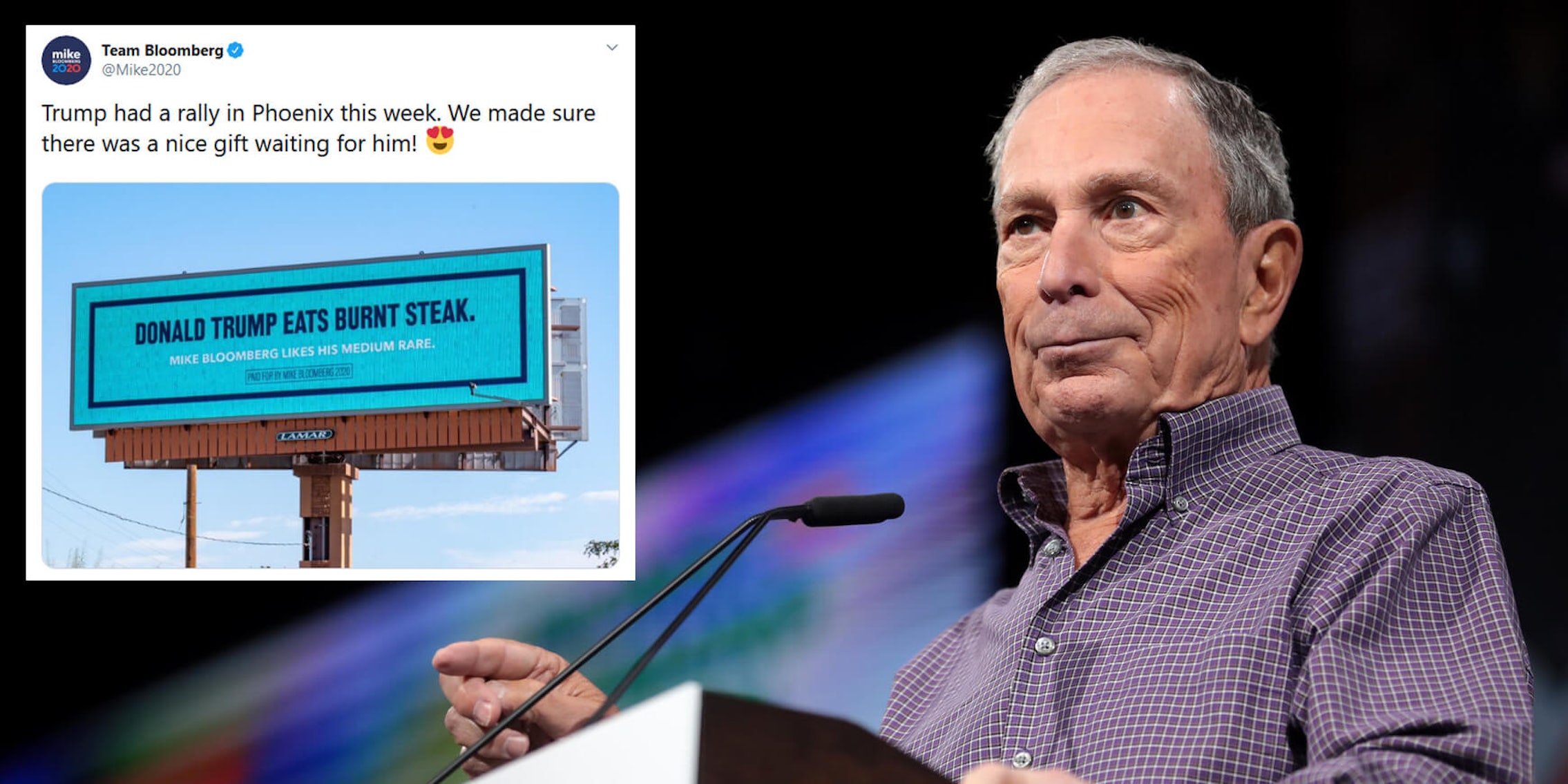 Here are some cringey billboards Bloomberg ran in Arizona

There are at least three of them.

Billionaire and 2020 Democratic presidential hopeful Michael Bloomberg has used some unconventional advertising strategies as he’s gone on a spending blitz ahead of Super Tuesday.

First, there were the odd memes on Instagram influencer pages. Then, a Tim Duncan endorsement. His latest, however, is a bit more conventional: billboards.

Except the billboards are light on policy and very heavy on cringey attempts at jokes.

“Trump had a rally in Phoenix this week. We made sure there was a nice gift waiting for him!” his campaign tweeted on Friday afternoon.

The campaign tweeted out pictures of three billboards, touching on Trump’s preferences on eating steak, golf, and Trump’s desire to build a border wall.

Clearly these billboards are going to change a lot of minds.