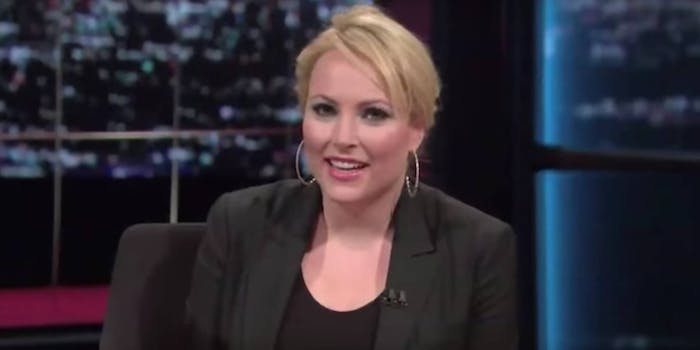 Meghan McCain took to Twitter this week to voice her frustration over Donald Trump’s takeover of the Republican party’s electorate.

Unfortunately for McCain, the American public wasn’t about to let her forget about her father’s contribution to the same “cult of personality” that has propelled Trump to the top of the GOP.

The Fox News commentator and daughter of Senator John McCain (R-AZ) expressed disgust over the direction her party was heading in a series of tweets on the day of the Indiana primary. McCain admonished conservatives for giving up their principles. The McCains are no fans of Trump; a feud that amplified after the real-estate tycoon attacked her father’s military record.

@MeghanMcCain i never understood why your father accepted Sarah Palin. That was the beginning of the end for GOP.

@MeghanMcCain like your father's VP running mate? you're more conservative than she is and ur dad nvr changed. she got famous and liked it.

McCain’s Twitter followers regularly bring up Sarah Palin, the charismatic former governor of Alaska with questionable experience who was picked as John McCain’s running mate in 2008.

Once Palin got the press treatment, her ignorance about current affairs and habit of making outlandish statements became alarming obvious. Palin’s straight talk and no-nonsense conservative values nevertheless resonated with many Republican voters.

Sean Illing of Salon hones in on why McCain’s sentiments ticked off so many on Twitter:

Palin was Trump before Trump. The rambling incoherence, the vacuousness, the reality TV theatrics, the ghastly marriage of ignorance and confidence – Palin brought this to national politics long before Trump did. And it was Meghan’s father, John McCain, who foisted this catastrophe upon this country.

Even though it’s been almost a decade, it seems that the similarities between Palin and Trump are too tempting for Twitter not to point out. The next time she attacks Trump it means she’ll have to turn a blind eye to the inevitable Palin-related backlash lest she be owned once more.