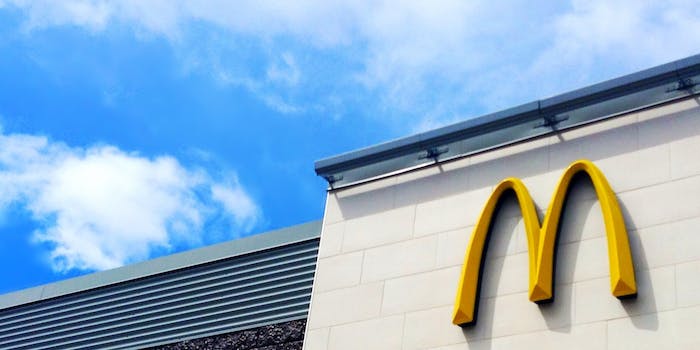 McDonald’s will accept selfies as payment

If you want get your grub on, break out the duckface.

Get ready to break out the selfie stick and put on your best duckface, because McDonald’s has announced that come Feb. 2, it will begin accepting selfies as a form of payment. Yes, you read that correctly, starting the day after the Super Bowl you can start paying for your Big Mac or McFlurry with a photo snapped by your forward-facing camera.

The new form of payment is part of the fast food giant’s new campaign, “Pay with Lovin’,” which is just begging to be ridiculed with double entendres. “From selfies, hugs, to high fives—we have a bunch of fun ways to express your Lovin’,” a McDonald’s spokesperson told ABC News.

The home of Ronald McDonald plans to announce the new campaign, which will run until Valentine’s Day, with an ad spot that will air during this Sunday’s Super Bowl.

But don’t start offering up photos of yourself to the cashier yet. The promotion is only valid for customers that order during pre-planned times. If you’re lucky enough to swing by the restaurant during one of those times a McDonald’s employee will instruct you on exactly how to pay with “lovin’.”