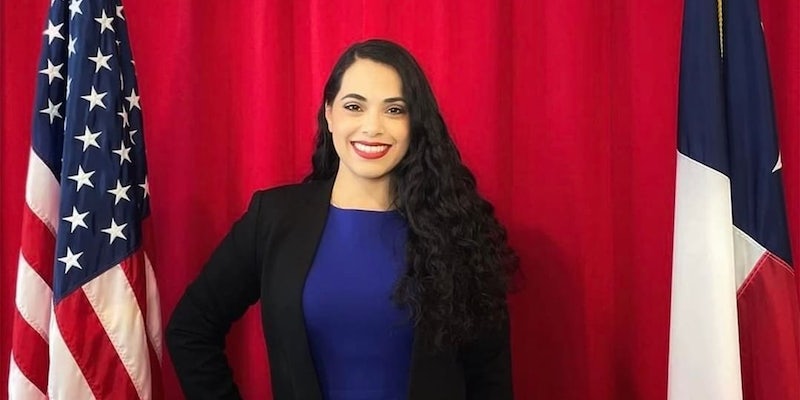 The win puts another QAnon believer in Congress.

Flores was able to defeat Democrat Dan Sanchez in the fight for the state’s 34th Congressional District, securing 51% of the vote to Sanchez’s 43%.

Flores has previously used hashtags related to the QAnon conspiracy theory, which falsely alleges that Trump is secretly engaged in a holy war against an international cabal of child-eating pedophiles. She joins Rep. Marjorie Taylor Greene (R-Ga.) as one of several GOP representatives in Congress who have endorsed the conspiracy in one way or another.

Despite using the hashtags around the conspiracy on Instagram, she denied that she supported it.

The seat was previously held by Democratic Rep. Filemon Vela, the former vice-chair of the Democratic National Committee. Vela stepped down from the position in March before his term ended in order to begin work with a lobbying group.

Flores will hold the position until January, which would have been the end of Vela’s term, and is set to face a much more challenging hurdle in November’s general election against Rep. Vicente Gonzalez (D-Texas), who is currently representing Texas’ 15th District.

The victory comes as polls indicate that Latino voters are in some cases shifting away from Democrats. The 34th Congressional District where Flores will serve is 85% Latino.

In campaign ads, Flores heavily touted her role as a healthcare worker as well as her husband’s position as a Border Patrol agent. Flores has also voiced support for some of former President Donald Trump’s “America First” policies.