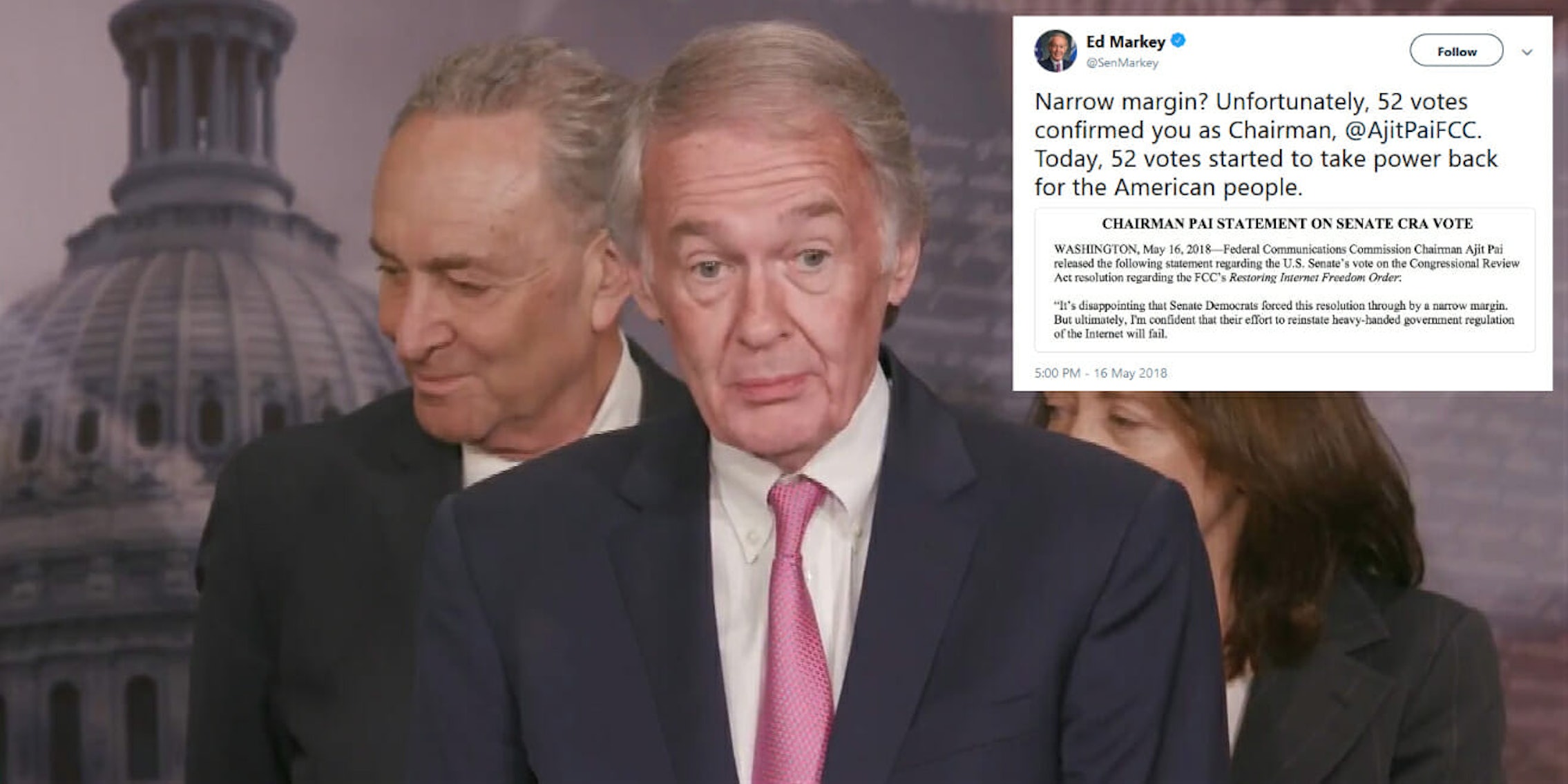 It’s not shocking that Federal Communications Commission (FCC) Chairman Ajit Pai was not thrilled that the Senate voted on Wednesday to rebuke his net neutrality repeal.

But the way he chose to try and diminish it caught the eye of Sen. Edward Markey (D-Mass.), who spearheaded the Congressional Review Act (CRA) efforts that were voted on yesterday.

Pai called the 52 to 47 tally a “narrow” victory in an official statement released following the vote. The chairman also said he was “confident” that the CRA effort would “fail” moving forward.

But Markey was quick to remind him that 52 votes is something that Pai should be familiar with.

The Massachusetts senator was referring to an October 2017 vote the Senate took to confirm Pai to a five-year term as FCC commissioner. The Senate voted 52 to 41 to confirm Pai.

Markey’s snark was appreciated by several people online, many of whom were bashing Pai in the wake of the Senate’s CRA vote on Wednesday.

And @SenMarkey with the slam return! https://t.co/X3oJ7hwRIY

Senator Markey with the zinger. https://t.co/EQOry1rbB6

Net neutrality proponents got two wins on Thursday: the Senate vote and a Twitter beat down of Ajit Pai.