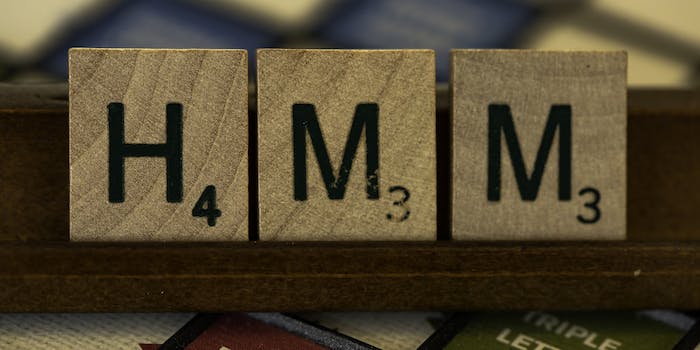 Mark Zuckerberg wrote an algorithm to beat a teen at Scrabble

The Facebook CEO couldn't let a teen beat him.

It may not be surprising to learn that Mark Zuckerberg, CEO of the world’s largest social network (and perhaps destroyer of American democracy), has a competitive streak. What may shock, though, is how far the tech mogul will go to ensure dominance in even the most trivial of competitions—including a game of Scrabble.

The revelation comes as a result of the New Yorker‘s recent profile of Zuckerberg. The profile includes the usual pleasantries: glimpses into life in a $7 million home (one of four homes Zuckerberg and his wife now own), his apparel choices (a gray sweater that particular day), and what he does outside of work (play board games).

The latter may bleed from hobby into a passion. The couple plays board games with friends, he used to play Risk at the Facebook office with employees, and his reputation as a competitive individual is well known among other CEOs and investors.

That competitive streak extends to playing just about any game, with anyone. According to the New Yorker, “A few years ago, he played Scrabble on a corporate jet with a friend’s daughter, who was in high school at the time. She won. Before they played a second game, he wrote a simple computer program that would look up his letters in the dictionary so that he could choose from all possible words.”

The teen Zuckerberg beat must have been pretty darn good: In their rematch, Zuckerberg’s program only had a small winning margin when the flight eventually reached their destination. Others on the jet took sides, Team Human and Team Machine.

Since the game ended early, we’ll never know who would have ultimately won the game, but writing a script to ensure you play the most optimal move is pretty desperate. You may as well just play Words With Friends—complete with all the in-app purchases.