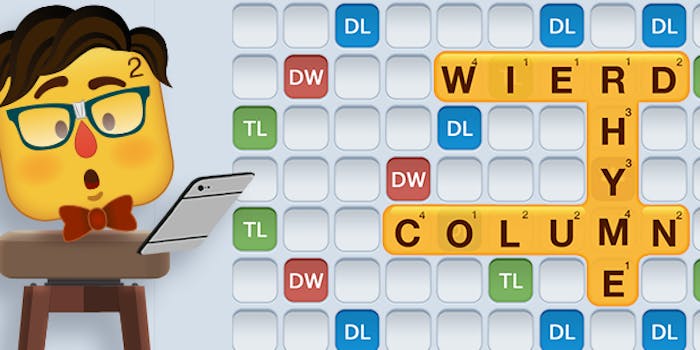 Now you can be “turnt” about playing mobile game Words With Friends and get points for it.

The game just added 50,000 new pop culture and internet slang words to its dictionary—the largest dictionary update ever for the eight-year-old game.

Words With Friends players constantly reach out to game makers on social media and in the actual game with suggestions for words they would like added to the dictionary, the AP reports. The director of product for the game, Gurpreet Singh said Zynga gets about 5,000 suggestions per day.

“For us, it’s a way to listen to our players and also have a bit of fun,” Singh said. “The words that they’re requesting are really a reflection of what they’re doing in their day-to-day life and how they communicate with their loved ones.”

The update, now available on all devices, can be downloaded via the Apple app store, Google Play, Facebook, Windows Store, and on Amazon. Words With Friends is free to download and available in six languages.