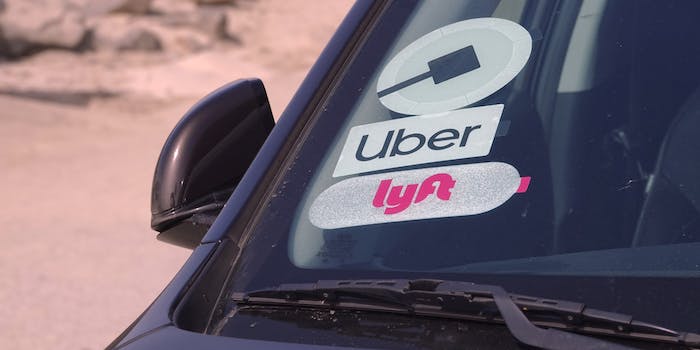 'Drivers are never responsible for monitoring where their riders go or why.'

Texas’s new abortion law went into effect on Wednesday, allowing private citizens to sue anyone who helps a pregnant individual obtain an abortion after six weeks of pregnancy, including rideshare drivers. On Friday, both Lyft and Uber announced that they would cover legal fees for drivers who are sued under this law.

Lyft is reportedly creating a Driver Legal Defense Fund to cover all legal fees for drivers sued under SB8, the Texas abortion law.

“Drivers are never responsible for monitoring where their riders go or why. Similarly, riders never have to justify, or even share, where they are going and why,” Lyft said in a statement on its website.

Lyft also plans to donate $1 million to Planned Parenthood “to ensure that transportation is never a barrier to healthcare access”, CEO Logan Green announced on Twitter.

Uber’s CEO Dara Khosrowshahi responded to the Lyft announcement, saying “Team @Uber is in too and will cover legal fees in the same way. Thanks for the push.” The Daily Dot reached out to Uber for more details.

The new law in Texas is considered the most restrictive abortion law since Roe v. Wade passed in 1973. In a 5-4 decision this week, the Supreme Court refused to block the law. The law does not make exceptions for abortion of pregnancies caused by rape or incest.

Under SB8, private citizens can sue anyone who assists someone in getting an abortion, regardless of whether they have a personal stake in the abortion. Because the law is enforced exclusively through private civil actions, it is difficult to challenge its constitutionality in a court of law.  If sued, drivers can be forced to pay a minimum of $10,000 to the plaintiff in addition to legal fees.

The rideshare apps are not the only tech companies that have responded to SB8. Bumble, a woman-founded dating app based in Austin, announced that it will create a relief fund for people seeking an abortion in Texas. Match, Tinder’s Texas-based parent company, announced in an internal memo to employees that the CEO would create a fund for in-state employees and their dependents who need to find reproductive healthcare outside of the state.

In the fall, the Supreme Court is set to hear Mississippi’s 2018 Gestational Age Act which threatens to overturn Roe v. Wade. The law prohibits abortions after 15 weeks unless there is a medical emergency or severe fetal abnormality. 11 states currently have “trigger laws” that would automatically outlaw abortion if Roe v. Wade was overturned.