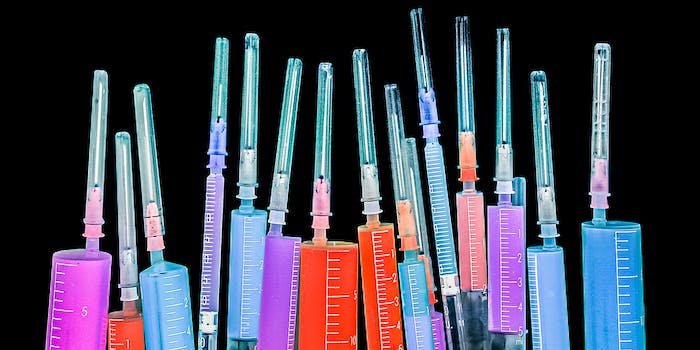 A conspiracy theory that claims the COVID-19 vaccine contains a Satanic ingredient has resurfaced months after it was initially debunked.

In a tweet removed by the platform, Emerald Robinson, the White House correspondent for the far-right outlet Newsmax, alleged this week that recipients of the Moderna vaccine were being tracked by a substance known as “luciferase.”

“Dear Christians: the vaccines contain a bioluminescent marker called LUCIFERASE so that you can be tracked,” she wrote. “Read the last book of the New Testament to see how this ends.”

Robinson, who boasts more than 436,000 followers on Twitter, has not weighed in on the removal of her tweet. A notice stating that the tweet was removed by Twitter for violating the platform’s rules has since taken its place.

Luciferase is a light-producing enzyme found throughout nature in insects such as fireflies and in luminous marine microorganisms.

The conspiracy theory, which was widely debunked in March, not only falsely claims that the enzyme is Satanic given its similarity to the word Lucifer but that it is present in the Moderna vaccine as well.

Robinson’s reference to the New Testament relates to the End Times’ prophecy that the population will be unable to “buy or sell” without the “mark of the beast,” as outlined in the Book of Revelations.

The false claim likely originated from the use of luciferase during the research phase of vaccine development. Scientists at the University of Texas Medical Branch at Galveston were able to use the enzyme, isolated from fireflies, “to develop faster and more accurate diagnostic tests for COVID-19 as well as to analyze potential therapies and gain a clearer understanding of the SARS-CoV-2 virus itself.”

In the end, none of the COVID vaccines contain luciferase or any ingredients capable of tracking their recipients.

The term luciferase on Tuesday became a trending topic on Twitter, where users mocked Robinson for her promotion of the outlandish conspiracy theory.

Update 4:14pm CT: In a statement to Washington Post media reporter Jeremy Barr, Newsmax said it does not support conspiracies around Satanic particles in vaccines.

“Newsmax strongly believes and has reported that the Covid 19 vaccines are safe and effective. We do not believe the vaccines contain any toxic materials or tracking markers, and such false claims have never been reported on Newsmax,” the statement said.