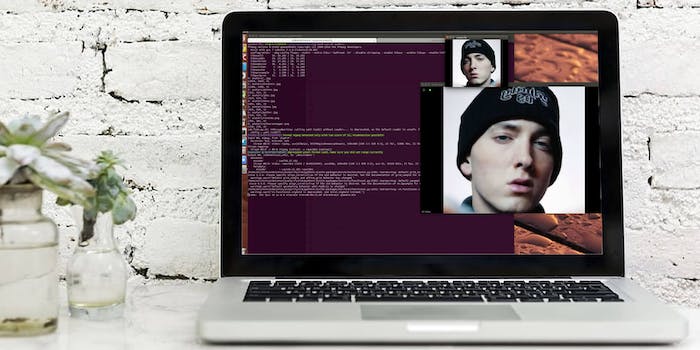 A researcher shows how you can become anyone, from Elon Musk to Eminem, during video chats.

A new deepfake tool known as “Avatarify” can transform users in real-time during video calls on Zoom and Skype.

Published online last week by Moscow-based engineer Ali Aliev, the software works by analyzing a user’s face and transferring their movements to a photograph of another individual.

Aliev showcased the project in a demo on YouTube in which he was able to manipulate the facial movements of everyone, from renowned theoretical physicist Albert Einstein to hip-hop star Eminem.

Available for Windows, macOS, and Linux, the software requires a powerful graphics card and basic command line knowledge to both install and operate.

Even with high-end hardware, however, the tool struggles to accurately transfer the eye and mouth movements over to the avatar. The end result still remains impressive given that only one image is needed, while conventional deepfake tools require thousands of images and do not work in real-time.

Another demo released by Aliev shows Avatarify being used during a staged Zoom call in which one of the participants is made to look like Tesla CEO Elon Musk.

The techniques used are similar to those developed by Aliev’s fellow researchers at the Samsung AI Center in Moscow, which allow for a single image to be animated by a user’s face.

Aside from Zoom and Skype, the tool can also be used for video calls on Slack as well.

While this specific deepfake tool is still in its infancy, the technology has become increasingly user-friendly in recent months.

While the most realistic deepfakes still require knowledge, patience, and powerful hardware, the bar has been significantly lowered thanks to a growing number of user-friendly tools and apps.

As reported by the Daily Dot this month, a new app for the iPhone known as Impressions allows anyone to transform themselves or others into dozens of celebrities with just a few clicks.