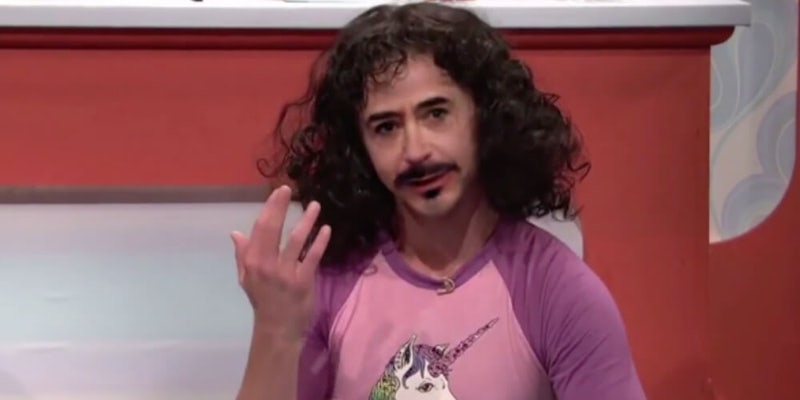 Deepfake app turns you into your favorite GIFs

Doublicat utilizes artificial intelligence to swap users' faces with those of celebrities.

A new cellphone app is cashing in on the deepfake craze by allowing users to place their faces into animated GIFs.

Known as Doublicat, the app was recently launched for Android and iPhone and utilizes artificial intelligence to swap users’ faces with those of celebrities.

Once downloaded, users are prompted to take a selfie before being offered a wide-range of GIFs. After a GIF is chosen, the user’s face is transplanted in just a matter of seconds.

From a Keanu Reeves-Michael Jackson mashup to President Donald Trump taking Channing Tatum‘s place in the Hail, Caesar! dancing sailors scene, Doublicat’s Instagram offers some examples of what the cursed final product may look like.

The app is possible thanks to RefaceAI, a machine learning system that uses neural networks to swap faces. The technology was also built into a similar app known as Reflect, which Tesla CEO Elon Musk famously used to place his face onto the body of Dwayne “The Rock” Johnson.

Doublicat stated that it plans to bring new features to the app in the near future. Users will soon be able to upload their own GIFs instead of relying only on those offered by the app. And while Doublicat currently only lets users take selfies with the app’s built-in camera, a future update will allow photos from a phone’s camera roll to be uploaded as well.

Given the controversy over FaceApp, a similar Russian-made tool that the FBI called a “potential counterintelligence threat,” questions have also been raised about user privacy and Doublicat.

Speaking with Mashable, Doublicat claimed that it deletes users’ photos from its servers once they have been processed, though “the app saves representations of facial features.” The company also denied sharing face data with third parties.

“Doublicat does not use your photos and facial features for any reason other than to provide you with the face-swapping functionality of Doublicat,” the company’s privacy policy states. “In no way will Doublicat use your photos and facial features for face recognition, as Doublicat does not introduce the face recognition technologies or other technical means for the processing of biometric data for the unique identification or authentication of a user.”

The app currently boasts more than 100,000 downloads on the Google Play store alone.