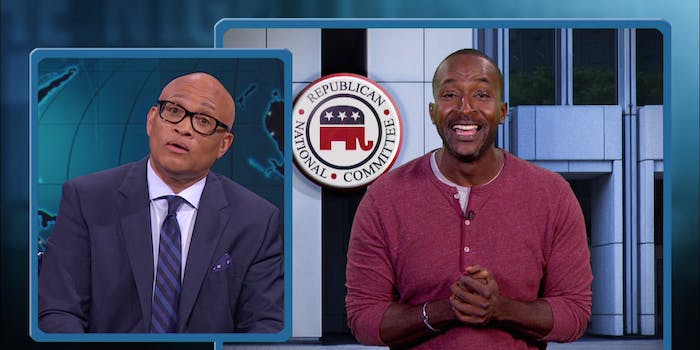 ‘Trump is the Macklemore candidate, brah.’

Donald Trump is dominating headlines and leading polls while alienating almost everyone, but he’s managed to resonate with a surprising voter demographic.

According to The Nightly Show’s political expert Mike Yard, Trump has already secured the black vote just by being himself. It’s not his political views they agree with, but rather how he rolls. He’s just like a ’90s hip-hop star, and he’ll get more attention for it because he’s white (like Macklemore). And his doxing of fellow candidate Lindsey Graham fuels black support even further.

It just might be enough for Trump to win the primary—but even being the Macklemore of politics will only get him so far in the 2016 presidential election. He can’t beat the real thing.