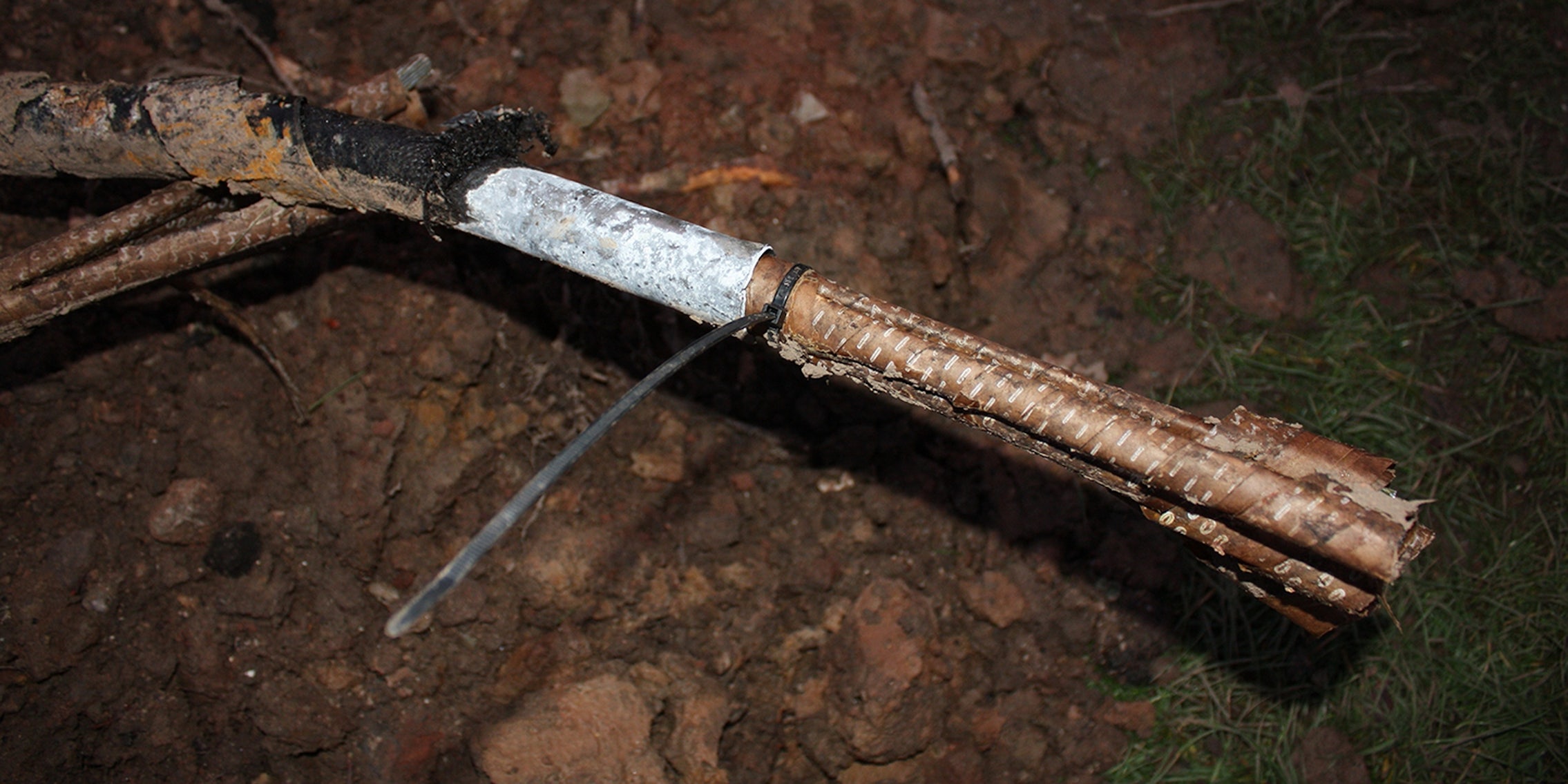 Earlier this month, Lamar White, Jr. woke up to discover his Internet connection wasn’t working. He had just gotten a new cable box installed at his Dallas, Texas, home and figured his lines should still be in ship shape because it hadn’t been long since they were last checked.

Rather than just assume he had crappy Internet service, like you or I might, he thought his home computer system was on the receiving end of a denial of service attack. White, you see, is something of a major figure in the political media. And there are a good many people who may want revenge for the things he’s dug up.

“Whatever had happened to me was the result of someone invading my backyard and using a power tool to cut the line.”

Last month, the Louisiana native and current Southern Methodist University law student, set off a firestorm in Washington when a post on his personal blog revealed that House Majority Whip Steve Scalise, the third most powerful Republican in the House of Representatives, was a featured speaker at a white nationalist conference put on by former Ku Klux Klan Grand Wizard David Duke.

While Scalise retained his leadership position after conservatives from around the country quickly circled the wagons, the story has generated headlines for nearly a month—even causing a new round of controversy when left-leaning news outlets started making a fuss over Scalise’s multiple votes against making Martin Luther King Day a federal holiday. Nevertheless, when the cable guy came a few days later, and the first thing he asked after looking at White’s Internet connection was, “Do you have any enemies?” White couldn’t help but be more than a little surprised.

“I don’t have any scorned ex-girlfriends,” White recalled saying with a laugh. “Everyone I know in Dallas seems to like me.”

“[The cable guy] said that whatever had happened to me was the result of someone invading my backyard and using a power tool to cut the line,” he recalled. “There’s no conceivable way this could have happened on its own or been done by an animal. It wasn’t just that they cut it, they also tugged at the line [after it was severed].”

White was naturally pretty freaked out. He has since upped both his physical and online security. He’s replaced the security equipment on his house, changed all his passwords, and enabled two-factor authentication on every online account he could.

“I don’t think it was anybody associated in Steve Scalise’s office,” White insisted, adding that he’s not the type of person who tends to lean toward conspiracy theories. “I respect the folks that have spoken out in his favor. I think he has a lot of explaining to do. But I absolutely, unequivocally, do not think that he is in any way connected.”

“This just shows you the nastiness of some of the people who are associated with the white nationalist movement,” he added.

Even so, the direct attack surprised him. While the Scalise scoop certainly brought a lot of attention, it didn’t come with a significant amount of hostility directed against him personally. Some conservatives have attempted to poke holes in his narrative, but the focus of nearly all opposition was primarily the story rather than White himself.

White knows the difference first-hand because it stood in contrast to another media flap in which White was recently at the center. In the midst of last year’s race for Texas governor, White attended a campaign rally in support of gubernatorial candidate Wendy Davis. Just prior to the event, an advertisement released by Davis raised eyebrows nationally for attacking how her Republican opponent, Greg Abbott, was being hypocritical for aggressively pushing tort reform after earning millions in a lawsuit when part of an oak tree fell on him, paralyzing him for life from the waist down. The ad was slammed as being insensitive to Abbott’s disability, and Davis responded with a event featuring a number of her disabled supporters—including White, who has cerebral palsy.

Some on the right blasted Davis for using White as a campaign “prop.” White naturally fired back with the line, “I am a human being, not a campaign prop,” which created another round of headlines.

He said that the criticism he received after that incident was far more vicious and personal in nature than what he experienced after publishing the Scalise story.

White first came to the story through a tip from a woman named Gilda Reed. A Democrat, Reed had lost a congressional election against Scalise in 2008. She had mentioned to White, who regularly does investigative journalism about Louisiana politics, about a connection between Scalise and David Duke.

Despite being the highest-profile Ku Klux Klan member in generations, Duke was a serious political force in Louisiana for many years. In 1991, he won 60 percent of the state’s white vote in an attempt to beat Edwin Edwards in the race for governor.

White started digging. He sat down at his computer and did a simple Google search for “David Duke Steve Scalise.” Within a few seconds, he came across a series of posts on the infamous white supremacist forum Stormfront.org (slogan: “Every month is white history month”) indicating that Scalise had attended a conference put on by European-American Unity and Rights Organization (EURO), a group founded by Duke to promote white civil rights, while Scalise was a Louisiana state legislator.

A post on Stormfront, which has since been removed but is still accessible via the Internet Archive’s invaluable Wayback Machine, noted that Scalise spoke to the group regarding the “gross mismanagement of tax revenue.”

In addition to plans to implement tactical strategies that were discussed, the meeting was productive locally as State Representative, Steve Scalise, discussed ways to oversee gross mismanagement of tax revenue or “slush funds” that have little or no accountability. Representative Scalise brought into sharp focus the dire circumstances pervasive in many important, under-funded needs of the community at the expense of graft within the Housing and Urban Development Fund, an apparent give-away to a selective group based on race.

A second post, which is still up on Stormfront’s site, noted:

It was just announced that Rep. Steve Scalise, R-Jefferson will enter the race in the 1st Congressional District. Those that attended the EURO conference in New Orleans will recall that Scalise was a speaker, offering his support for issues that are of concern to us. I suppose if Duke does not make the election for whatever reason, this gentleman would be a good alternative.

Scalise has admitted that he spoke to the group, but maintains that he was there to exclusively speak about economic issues and was unaware of the organization’s ties to the white supremacist movement. “I didn’t know who all of these groups were, and I detest any kind of hate group,” the lawmaker told the New Orleans Times-Picayune. “For anyone to suggest that I was involved with a group like that is insulting and ludicrous.”

For White, the lessons of both Scalise’s scandal and his own recent security violation are largely the same: In the digital era, very little is truly private. “The Internet is written in ink,” he said. “Everything you every write or say or do online is recorded for all posterity.”

The tie between Scalise and EURO was there for anyone to find. White just happened to be the first person to Google precisely the right thing at precisely the right time. Of course, the axe swings both ways—the Internet is likely the tool whoever cut his cable used to discovered where White lives.