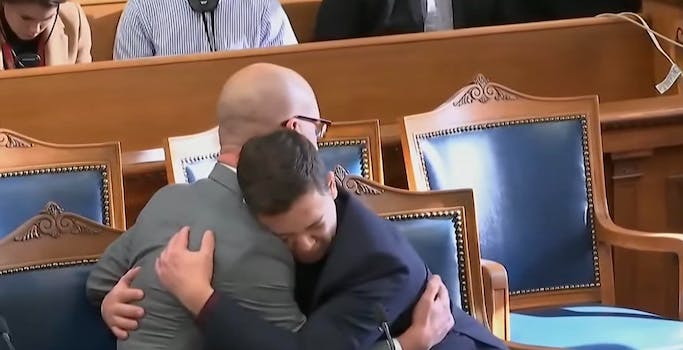 Kyle Rittenhouse acquitted on all counts

Jury agreed that Rittenhouse killed two and wounded a third in self-defense.

Kyle Rittenhouse has been found not guilty on all counts. The Wisconsin teen was charged with six offenses including two counts of first-degree murder and one of attempted first-degree murder. One charge was dismissed during the trial. He was acquitted on the five other ones.

Rittenhouse, now 18, killed two men and wounded another during intense protests last summer over the Kenosha, Wisconsin police shooting of Jacob Blake. Blake was shot seven times in the back, paralyzing him.

Rittenhouse pled not guilty by reason of self-defense. Today, the jury agreed and acquitted him of all charges. They deliberated for nearly three days.

The case generated intense national interest, in part because the shootings were captured on video and posted to social media within hours. Video showed him carrying a high-powered rifle and hanging out with cops.

Right-wing figures heralded Rittenhouse as a hero. People on the left conversely deemed him a villain, particularly after he was photographed with Proud Boys in January.

As expected, Rittenhouse’s acquittal was equally celebrated by many on the right and condemned by their political counterparts.