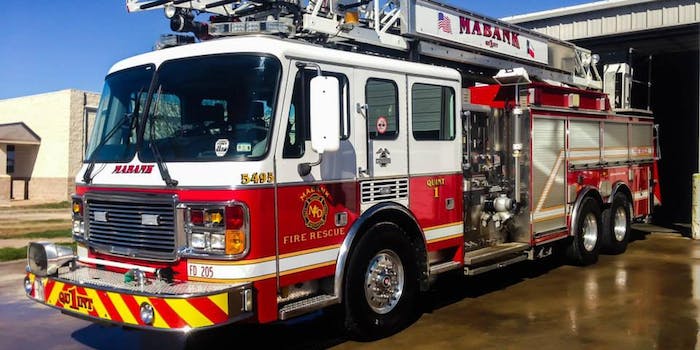 Kurtis Cook is no longer allowed to ride in the big red trucks.

An East Texas firefighter’s Facebook comment that appeared to endorse the tragic shooting deaths in Charleston, South Carolina, has cost him his job.

Kurtis Cook, a volunteer firefighter in Mabank, Texas, left a comment on an area newspaper’s Facebook page that appeared to state that Dylann Roof, the confessed killer of nine, “needs to be praised for the good deed he has done.”

Cook, however, says he did nothing of the sort.

Cook’s words were shared by many for the sole purpose of condemning them. There was a call to action to contact the fire department he worked at and insist that he be released from duty.

And just one hour after that came word of Cook’s dismissal:

“When I was looking at the threads and, you know, I was just reading down and there was a person there that posted, was donating a large sum of money to the victims, so I just said ‘This person ought to be praised for his good deed,’” Cook told local ABC station KLTV.

“Making me look like I’m standing with this comment, like I’m supporting this Dylann guy, and I would never do that,” Cook added. “I’m not racist, never been racist.”

Update 4pm CT, July 10: Added statement from Cook regarding his comment allegedly being taken out of context.