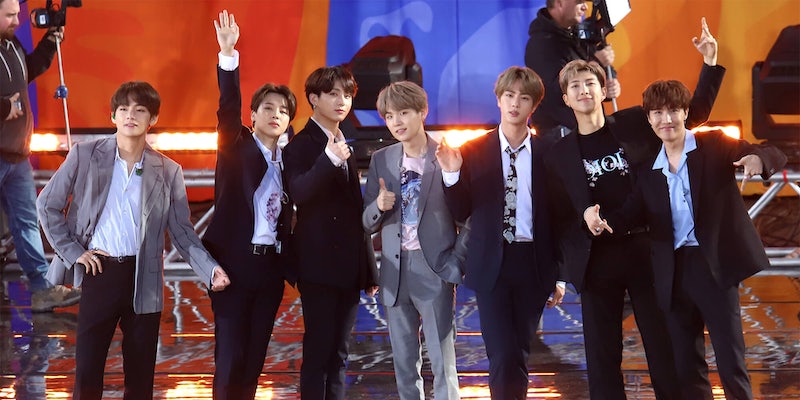 The app encouraged civilians to snitch on protesters.

K-pop stans leveraged their tremendous social media clout this weekend to shut down a police app that encouraged civilians to snitch on protesters.

“If you have video of illegal activity from the protests and are trying to share it with Dallas PD, you can download it to our iWatch Dallas app,” the Dallas Police Department tweeted on Sunday morning. “You can remain anonymous.”

The Dallas Police Department unveiled its new app amid nationwide protests in response to the death of George Floyd, the 46-year-old unarmed Black man who died in Minneapolis on May 25. Officer Derek Chauvin knelt on Floyd’s neck for nearly 10 minutes as he begged to be let go and repeatedly said he couldn’t breathe.

Thousands of people gathered across the United States over the weekend to protest for Floyd and other people of color who were killed by police. Many reports have emerged of police escalating the violence, shooting rubber bullets and using pepper spray on peaceful protestors, children, and reporters.

In light of these instances of police escalation, people were no doubt incensed that the Dallas PD asked them to submit videos of civilians breaking laws. Many users have instead submitted videos of police violence, memes, and TV/movie footage. The most overwhelming response came from K-pop fans, who flooded iWatch with fancams of their favorite artists and shut the app down.

Fancams are short performance clips that members of various music fandoms will tweet in response to, well, just about anything. The excessive sharing of fancams has drawn the ire of many Twitter users for often being irrelevant, although many K-pop fans have urged others to dial down the fancam posting in order to make room for activist tweets and hashtags, like #BlackLivesMatter. Thankfully, K-pop fans still got to put all those fancams in their camera rolls to good use by spamming the hell out of the iWatch app.

Their efforts seemed to have succeeded as of last night, when the Dallas PD announced that iWatch would be “down temporarily” due to “technical difficulties.” A slew of issues could have contributed to this temporary shutdown, but it seems likely that the onslaught of fancams played a prominent role.

In a comment to the Daily Dot, Dallas police confirmed the app went down but said that the cause was “still being determined.

Twitter users were quick to celebrate the victory—and some even reevaluated their stance on K-pop stans and fancams.