Ken Bone's final moment of celebrity is upon us.

If there’s one thing that has actually shocked people during this insane election season it’s the unexpected celebrity of Ken Bone. Now, as election day is finally upon us, the lovable bespectacled mascot of the second presidential debate is being immortalized with his own Twitter emoji. 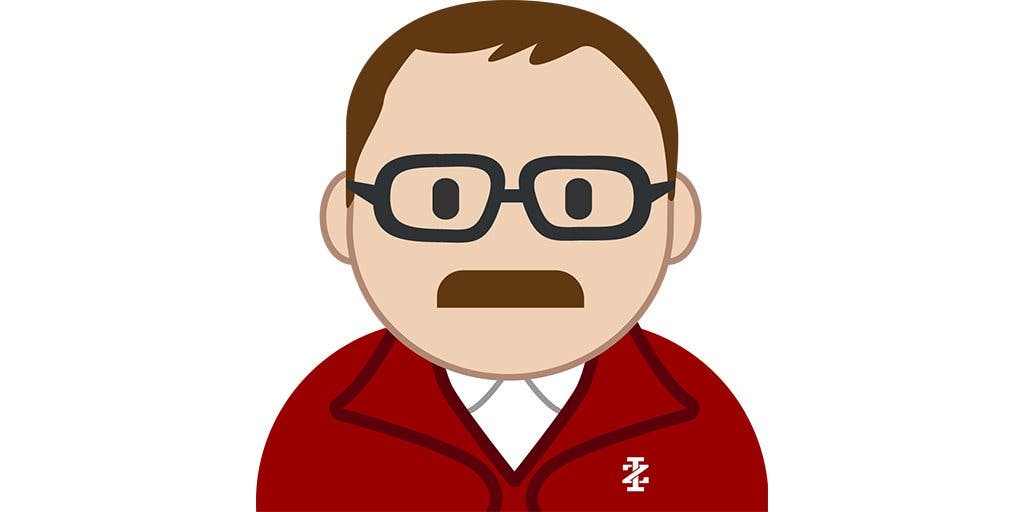 In sponsored Twitter Trend #MyVote2016, a sweater-clad Ken Bone icon accompanies everyone’s tweets automatically, much like Mr. Bone invaded all of our hearts whether we liked it or not.

But what’s even more amazing about #MyVote2016 is that it’s sponsored by none other than IZOD—the company that makes Bone’s now iconic ribbed red sweater.

Election Day! Vote and share your voice with #MyVote2016 Message paid for by @IZOD pic.twitter.com/8QhHVmJ7gN

In fact, Bone has become something of an IZOD poster boy, showing up all over the company’s official Twitter account. 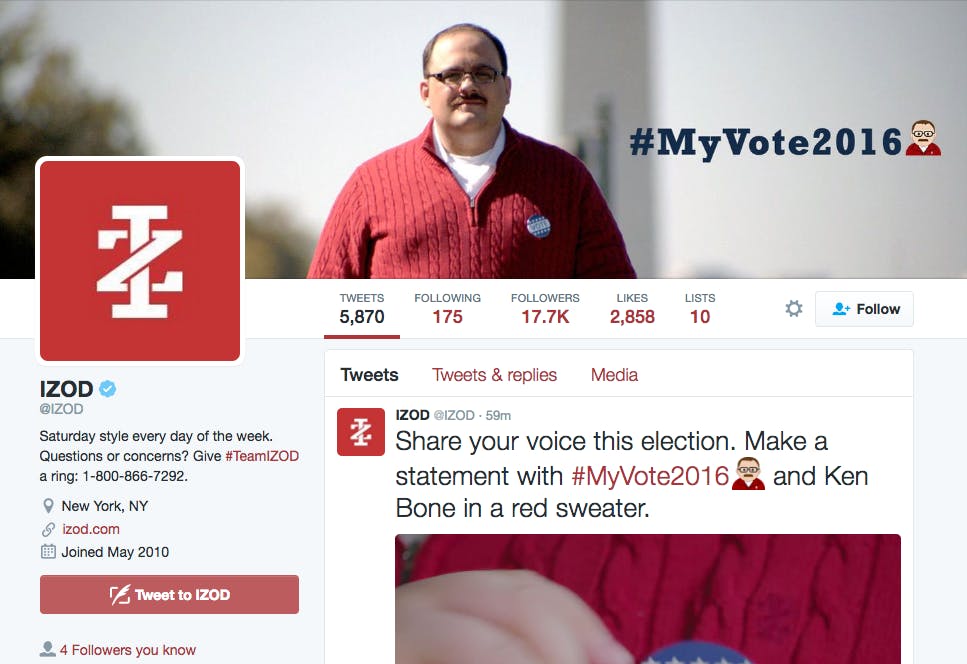 But as adorable as all this is, the message is real: Election day is here, and it’s time to exercise your civil duty and cast your vote for the future of the country, so get moving!