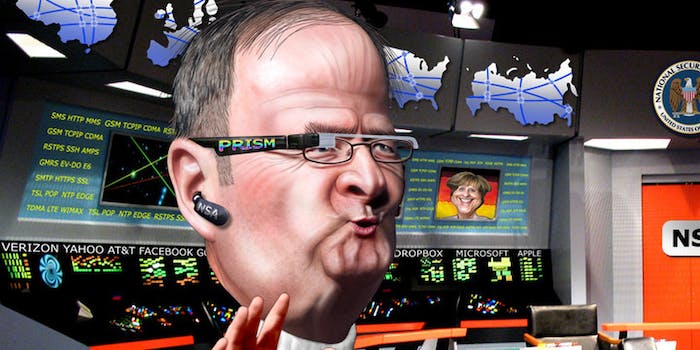 Ex-NSA chief Keith Alexander to launch his own cybersecurity firm

General Keith Alexander, the recently-retired head of the National Security Agency, has entered civilian life. And he’s already planning how to pay the bills.

Alexander is starting a consulting firm to advise financial institutions how to protect themselves from cyberattacks, Politico has reported. The new gig could mean big bucks for the former spy-in-chief.

Alexander was the head of the NSA from 2005 until stepping down on March 31 of this year. His legacy will be forever linked with former contractor Edward Snowden, a systems analyst who in May 2013 leaked agency documents to the press, exposing top-secret agency programs.

But from 2010 until he handed over the keys to the NSA, Alexander also ran the U.S. Cyber Command, a military unit devoted to cyberattacks and cybersecurity. He clearly thought of himself as a geek commander, not as Big Brother—afterall, Alexander modelled one war room after a Stark Trek set.

Alexander was also a regular speaker at hacker conferences, attendees of which turned on him after Snowden’s disclosures. Last year, he was heckled at Black Hat, and uninvited from Def Con. Upon his retirement, Alexander was reportedly “baffled” by the widespread criticism of his reign and the NSA in general.

So far, Alexander has been far less combative as a civilian than his predecessor at the NSA, Michael Hayden, who has compared Snowden to Benedict Arnold. Alexander, by contrast, recently gave a full interview to John Oliver’s new comedy-news show Last Week Tonight, and even gamely playing along with Oliver’s rebranding of the NSA as “Mr. Tiggles” the kitten.